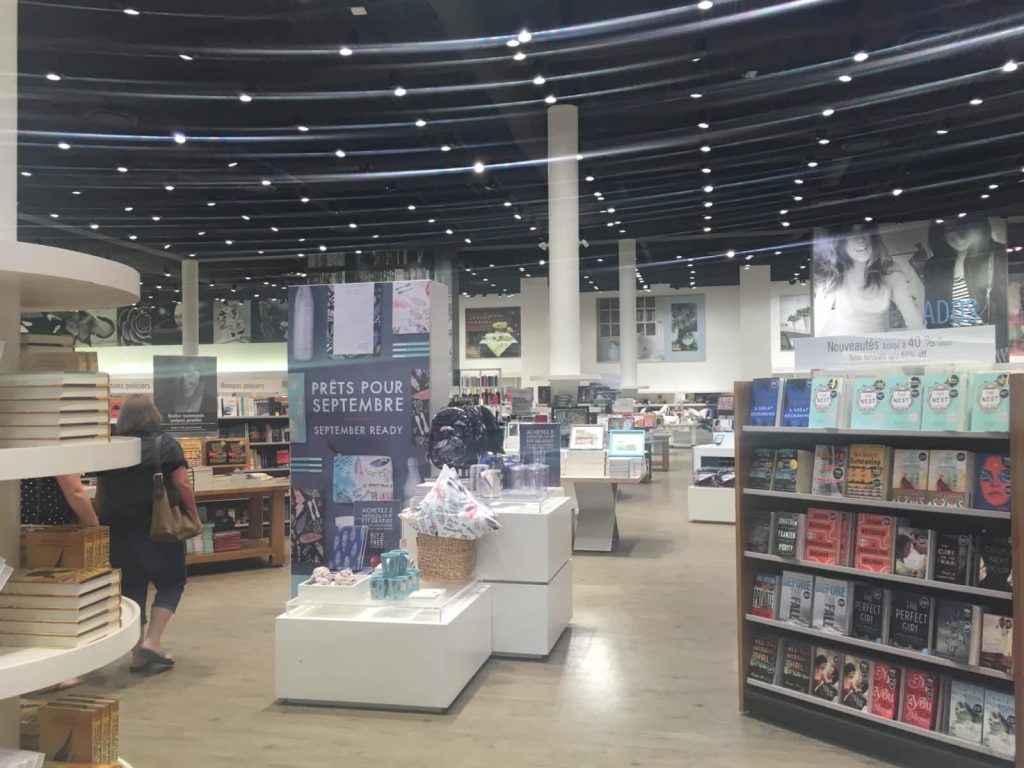 Indigo Books and Music is the largest bookseller in Canada and the company has zero debt, which is rare. In the last three months of 2017 Indigo reported they had their best financial quarter ever and generated over $433.3 million in sales, which is an 8.2% increase over the same period in 2016.

The Canadian chain attributed the sales gain to double-digit growth in its general merchandise category, as well as strong online sales. Overall same store sales were up 7.9% led by a 26.4% increase of online sales with comp store sales up 4.9% in Indigo’s superstores and 2.3% in its smaller format stores.Sales of books increased over last year’s comparable period, but the company did not say by how much.

What is the future direction of Indigo? They are getting away from the “Chapters Bookstore” name and trying to change all of the stores to Indigo, and they are less of a bookstore and more of a “cultural department store.” They revenerated six stores last year and intend on doing another 20 this year, in addition to a new flagship store opening in downtown Vancouver. The biggest news is that Indigo is expanding outside of Canada, into New Jersey sometime in the next year or two.