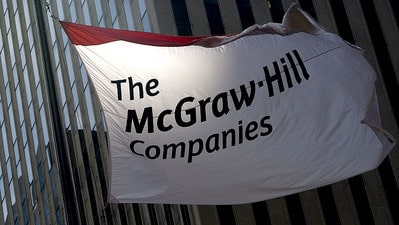 McGraw-Hill has sold the educational aspect of the business to Apollo Global Management for $2.5 billion dollars. McGraw-Hill, based out of New York, is the second-largest educational publisher in the world, selling textbooks and e-textbooks for elementary, high school, and university students.

This was a great time for McGraw-Hill to get out of the educational market. The company has suffered in the last year due to spending cutbacks from schools that served as its primary revenue stream. McGraw-Hill has not even formulated a cohesive digital strategy to sell e-textbooks. Most major publishers are seeing a 20% increase in digital books every quarter and it is simply beyond the scope of the old guard running the company.

After all’s said and done, McGraw-Hill will capture $1.9 billion dollars after taxes and other fees. The company initially talked about selling the textbook division back in 2011, but has only now found a suitable buyer.