Microsoft has a patent for a slider bar, the same kind that is employed on virtually every e-reader and e-book app. The Redmond company is currently suing Corel over it and if they are successful they take a percentage of all of Corel’s profits for the entire product.

The fact that Microsoft is going after Corel for a slider bar demonstrates the problems with the existing patentsystem in the United States. Nobody knows what Corel’s argument will be in response to this lawsuit, but there is a precedent for this sort of thing.

You might have seen this in the news over the last few years, but Apple accused Samsung of stealing the iPhone design for their Galaxy line of smartphones. The Apple vs. Samsung dispute addressed the issue of whether an infringer should be required to pay all of its profits for infringing a design patent that applies only to a portion of a product. Samsung had asked the Court of Appeals for the Federal Circuit to reject this reading, but the court disagreed in a May, 2015 opinion.

Samsung has now asked the supreme court to look into the absurd results of this rule. For example, Samsung explains that under the Federal Circuit’s ruling, “profits on an entire car—or even an eighteen-wheel tractor trailer—must be awarded based on an nondetachable infringing cup-holder.” In addition, given that many products will include multiple ornamental features that could be covered by design patents, this raises the possibility that a company could get hit for multiple judgments for all its profits. 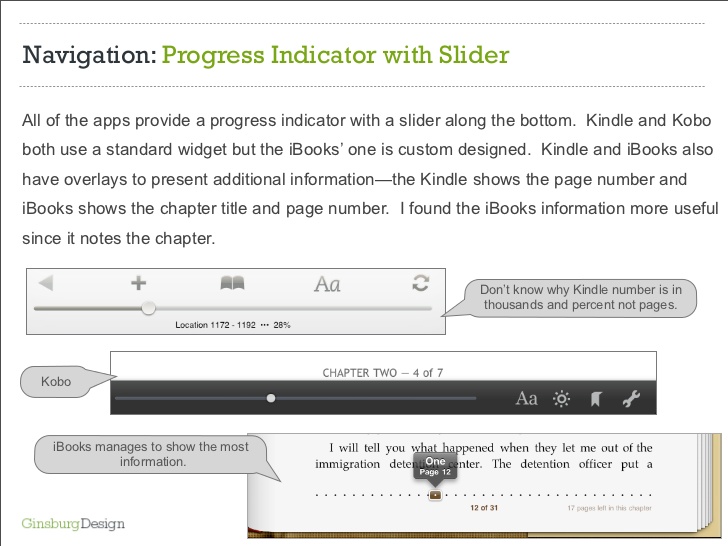 As you can see from the above image there are a number of other companies that employ the slider bar on their products. Amazon, Apple, Kobo and Google all use it in their entire line of e-reading apps and their hardware. Would Microsoft go on the offence and sue all of these huge companies if they can successfully sue Corel? Getting even a small portion of e-book revenue would be staggering.