You are here: Home / Bookselling News / The Book Selling Industry is in State of Decline 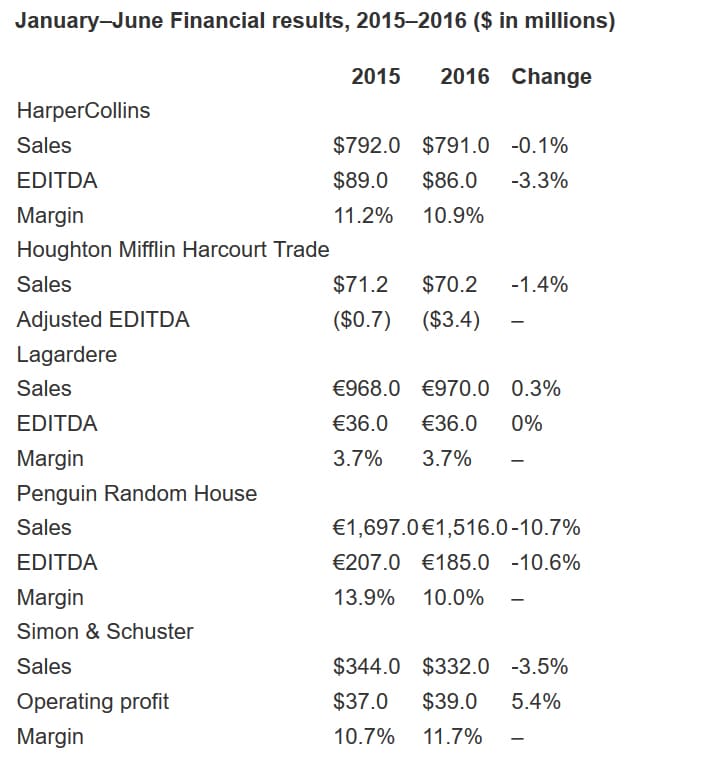 The book selling industry is in dire straights and every major publisher has reported declining revenue for the first six months of 2016. Not only are print books not doing so well, but digital is especially abysmal, some publishers such as Penguin Random House refused to divulge specific figures.

Penguin Random House experienced a massive 10% decline in print and e-book sales. They said that the loses would have been greater, but audiobooks were the saving grace.

In a letter to employees, CEO Markus Dohle said another factor in the decline in results was the lack of a mega-bestseller on the scale of The Girl on the Train and Grey, which helped drive revenue last year.

HarperCollins sales were most flat for the first six months of the year, they were only down $1 million dollars. They reported that the bulk of their sales relied on hits from last year, such as Divergent series and American Sniper generated $69 million more in revenue than they did in the last fiscal year.

CEO Brian Murray observed that the volatility of e-book pricing seems to have abated, due to a stabilization in price. Still, digital sales fell 15% with the drop in e-book sales offset by the gains in audio.

For the first six months of 2016, Simon & Schuster managed to post a gain in profits despite a drop in revenue. Parent company CBS said the 3.5% decrease in revenue reflected lower digital and print book sales, while the increase in operating income was driven by lower production, selling and inventory costs, which more than offset the decline in revenue.

Publishers are all heavily dependent on a few books driving their profits. Girl on a Train, Divergent, American Sniper, 50 Shades of Grey, Hunger Games and Harry Potter have all basically saved the book selling industry in the last decade. Without a huge book driving sales, everyone has experienced a loss for the first six months of 2016. It will be interesting to see at the end of the year if the new Harry Potter and the Cursed Child will make a big difference in sales.