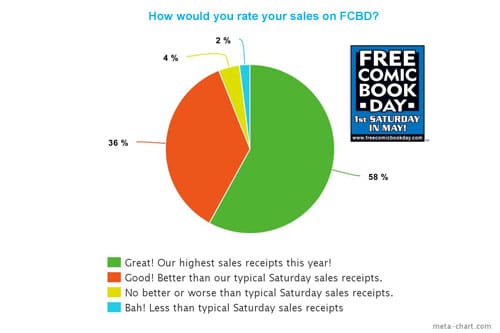 Comic Book Day is an annual event that takes place in the first week of May. This year over 1.45 million people visited their local comic book shop and picked up at least one issue from Marvel, DC and a number of independent publishers.

Diamond Comic Distributors has proclaimed that over six million comics were ordered from 2,340 local shops, which is a 7% increase from 2015. 27% said that they had 500 customers or more, with 22% saying they had more than 1000 people visit on FCBD. 58% said that sales receipts for May 7th was their best sales day of the year.