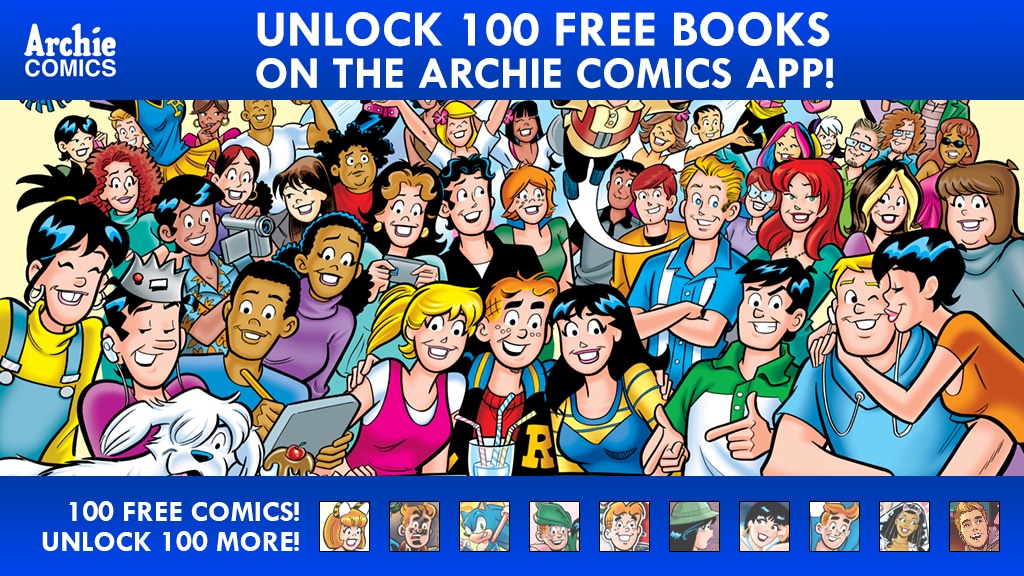 Archie Comics is running a very unique promotion. They are giving new and existing users the ability to get  access 100 digital comics for free, no strings attached. There are ten different bundles of comics including classic Archie storylines, Josie & the Pussycats, Sabrina the teenage Witch, Sonic the Hedgehog, Mega Man, and more!

Archie is also running a Twitter campaign to unlock an additional 100 comics. You only have to follow   @ArchieComics on Twitter and retweet the corresponding tweets with the hashtag #ArchieUnlocks!  They have some sort of milestone, where the more you tweet, the more comics they will unlock in their iOS app.