Archie Comics has a dedicated iPhone app that you can use to browse and purchase digital comics and the company also runs a website. The publisher has announced that they are running a 40% discount campaign on your entire print order until Christmas, using the code XMAS.

Many people read Archie comics when they were a kid and stopped reading them as they started to grow up. This prompted the company the spend millions of dollars to reboot the franchise and take it from its 1960’s roots and transport it into the modern era.

What should you buy with the 40% off promotion? Afterlife with Archie was one of the most recent success stories, it had very dark overtones and capitalized on our recent obsession with zombies. Life with Archie is also aimed at mature audiences and featured Archie in his later life and much publicized death. These comics sold very well, bookstore sales have increased 736%, and direct-market sales, which include those in specialty stores like comic book shops, rose 226% 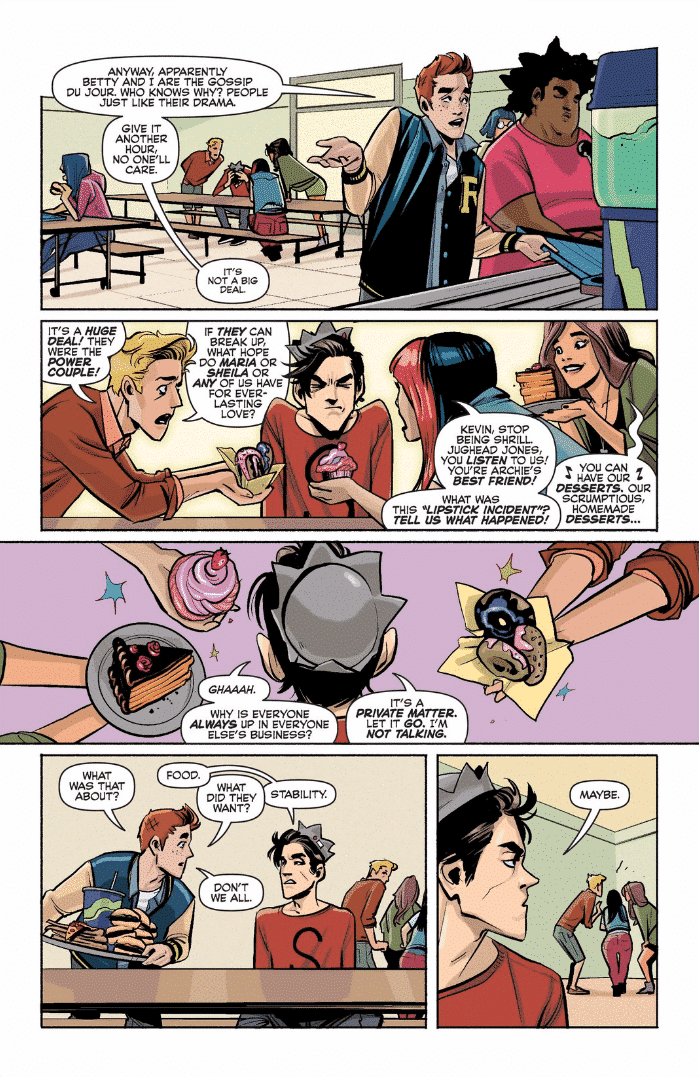 I think if you were an Archie fan you owe it to yourself to purchase Issue #1 and #2 of the recently rebooted Archie comic books.

Readers will get to see a brand-new take on Riverdale, in which all the classic characters are modern-day teenagers. Realistic comedy is the order of the day: All the characters look like normal humans, rather than the wacky caricatures they’d been in previous decades of Archie storytelling; their adventures are told with naturalistic dialogue, not stilted zingers.

Archie has confirmed that this deal is only for print and they will be running a series of digital promotions within the next few weeks.