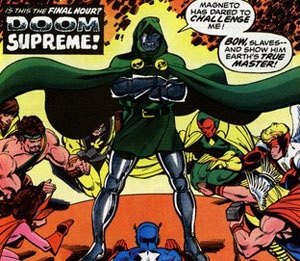 Many of the popular comic book apps for the iPad and iPhone have been updated lately to provide better integration with iOS 6. Marvel, IDW, G.I.Joe, Archie, and many others have added the ability to refresh new comics without having to close the app and reopen it. One of the biggest problems with the iPad apps was that when new content was added it wouldn’t automatically populate it. You had to double click on the home button and force-close the apps in order to fetch new content. Since this was fixed, it should make the overall user experience a little bit more solid. Expect all the apps by Comixology to see these updates in the next few days, if they haven’t already.