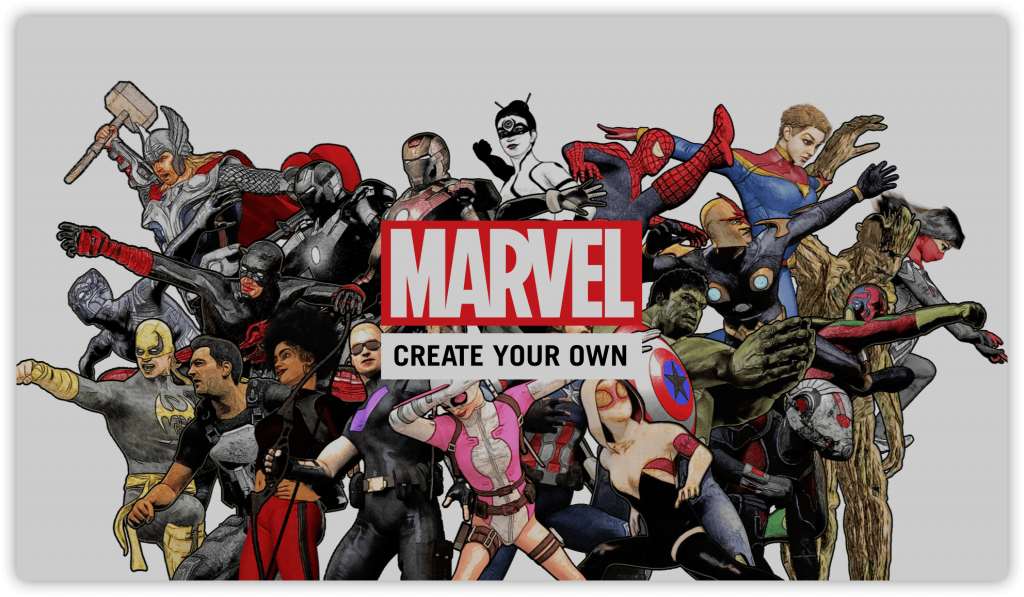 Marvel has created a new system for people who want to create their own comics in conjunction with TapTap. This self-publishing solution is called Marvel: Create Your Own and it allows creators to mess around with established characters, select a background and write in text via speech bubbles. All content is submitted to the new Marvel community and will be available online for anyone to read.

There are a few caveats for using this service; such as content that could frighten or upset young children or the parents of young children or is political in nature. Users will have their accounts flagged if they have any foul language or anything to do with sex.

I think it is very interesting that Marvel is creating their own fanfiction community. This sort of thing is really big business and will creators a chance to have Gwenpool battle it out against Carnage or the Punisher having an intelligent debate on the Kree Empire with Captain Marvel.

Marvel: Create Your Own isn’t yet available to the public, but you can sign up for alerts about its release date now and look forward to making your own Marvel comics some time next year.