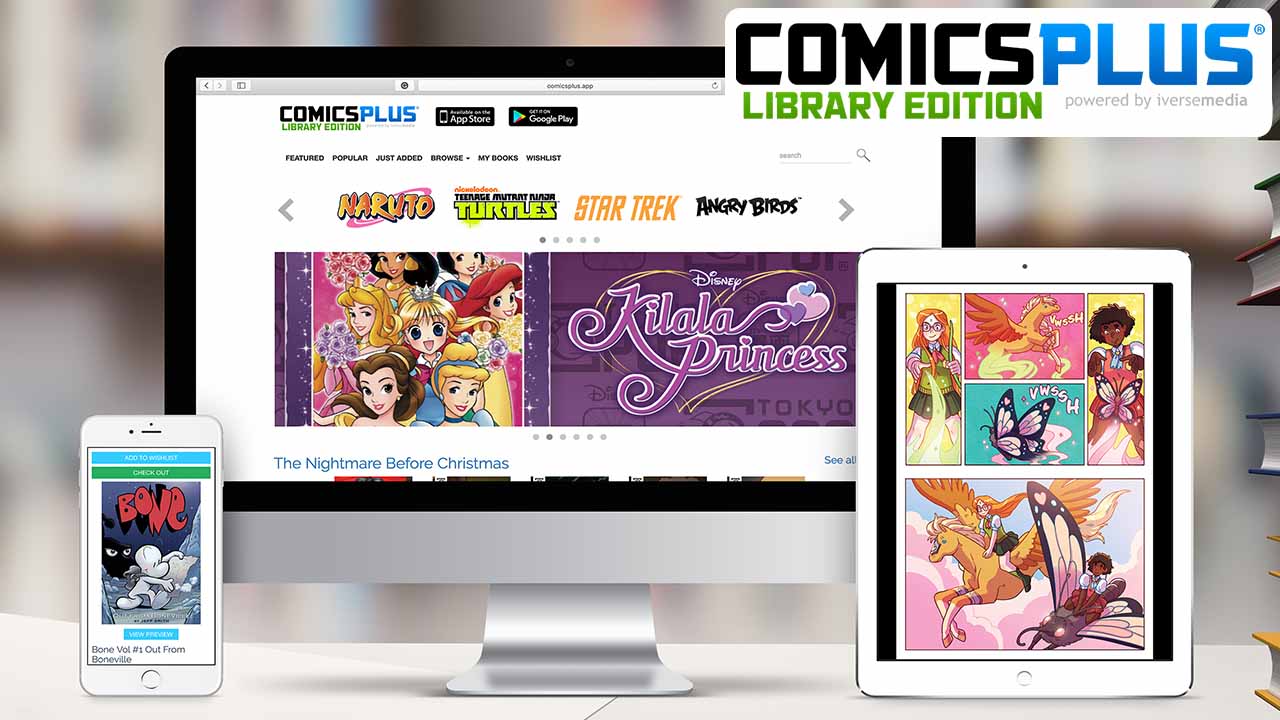 The bibliotheca cloud library system is very popular and they have just announced a partnership with LibraryPass that brings unlimited, simultaneous access to ComicPlus’ entire catalogue of more than 20,000 digital comics, graphic novels, and manga. The two-pronged deal includes a distribution agreement that makes ComicsPlus immediately available to bibliotheca customers through LibraryPass’ standalone app, as well as a development agreement that will make bibliotheca’s cloudLibrary the first and only digital platform to fully integrate the ComicsPlus collection, providing a seamless experience for cloudLibrary users.

San Diego Public Library is taking advantage of the new partnership for this year’s One Book One San Diego program in which all residents are encouraged to read the same book. They were one of the first libraries to use trial the beta, before it was officially announced.