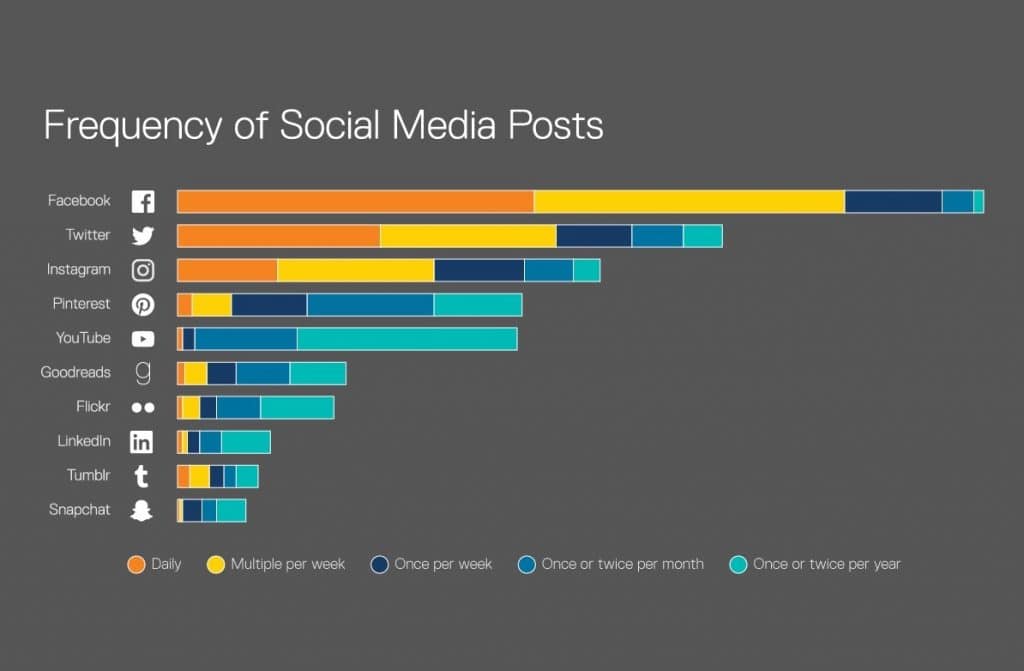 Librarians these days are very tech savvy. They can walk patrons through the process of borrowing audiobooks, ebooks, digital magazines and newspapers. Not to mention the myriad of apps they need to know like the back of their hand. Many libraries are now turning to social media to promote their branch and to foster discussion with their patrons. 44% percent of libraries post daily on Facebook, and 25% on Twitter. Over a half of surveyed libraries (56%) spend less than 5 hours per week on social media.