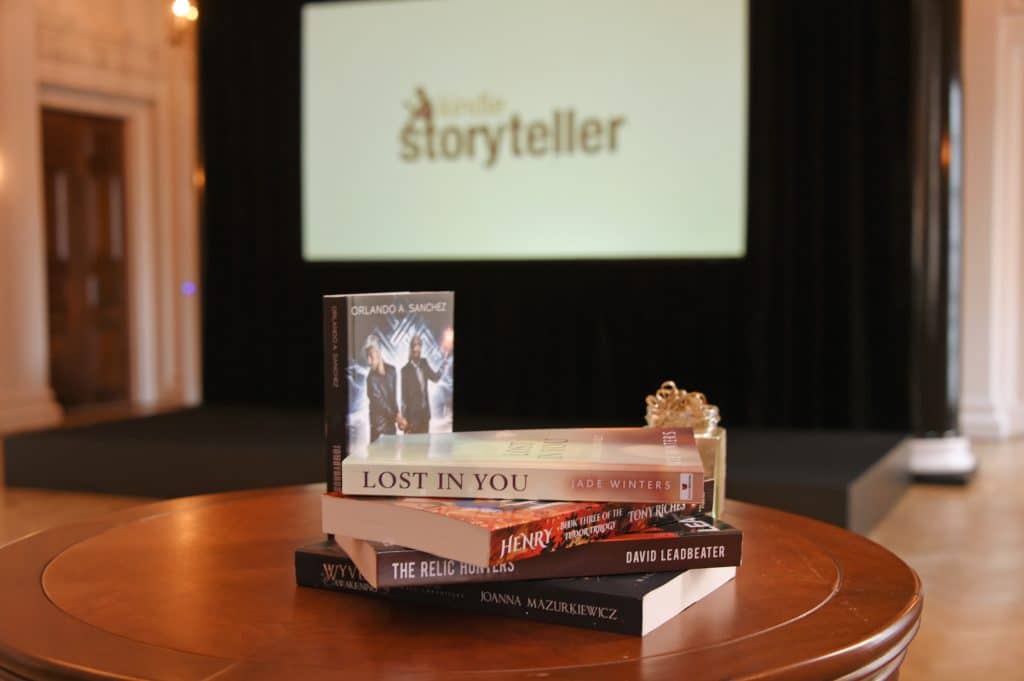 The Kindle Storyteller Award is the first writing contest that Amazon has orchestrated in the United Kingdom.  David Leadbeater has been crowned the winner of the inaugural Award, with his Crime Thriller The Relic Hunters securing him the £20,000 cash prize. Alongside the money, David will receive a marketing campaign to support the book on Amazon.co.uk, access to a mentor and the opportunity to have his book translated.

The Relic Hunters is an archeological action adventure story that follows relic smuggler Guy Bodie across the world as he tracks down famous objects throughout history, with the help of his team along the way. Before this book, Leadbeater, from York, had already written twenty three Kindle International Bestsellers reaching readers across the globe.

“Winning the Kindle Storyteller Award has been a life-changing experience,” said David Leadbeater. “It’s an honour to be chosen as the winner and truly wonderful to have The Relic Hunters selected from such a strong shortlist. It is thanks to my readers that I have won this prize and for that I am truly thankful. I am excited for the next chapter in my storytelling career and hopefully with the profile this prize has given me, my stories will reach more readers.”

What made this prize truly unique was the customers’ role in the process. From thousands of entries, a shortlist of six authors was selected based on a number of factors driven by customer interest in the titles. Alongside the winning title, the shortlist included a range of genres from historical fiction to fantasy to non-fiction.

Lily Cole said of her involvement: “”I love the democratic accessibility of this prize. It has encouraged more people to write and independently publish, and invited readers to participate in rewarding new writers!”

Amy Worth, UK Kindle Content Director and one of the judges, said: “Though it was a very difficult decision to choose one book from such a terrific shortlist, the judges and I were particularly excited about David’s book. It is a real page-turner, full of action and is a brilliant example of great storytelling.”

The Kindle Storyteller Award is in its inaugural year and was established to recognise newly published work in the English language across any genre.  The prize was open to all authors who published their book through Kindle Direct Publishing on Amazon.co.uk between 20th February and 19th May 2017.   =

“It was extremely encouraging to see so many brilliant stories entered in to this competition and even more encouraging to see just how well these stories resonated with readers,” said Alessio Santarelli, EU Kindle Content Director, Amazon. “We hope that this award has encouraged aspiring authors around the world to continue writing and developing stories that are engaging readers worldwide.”