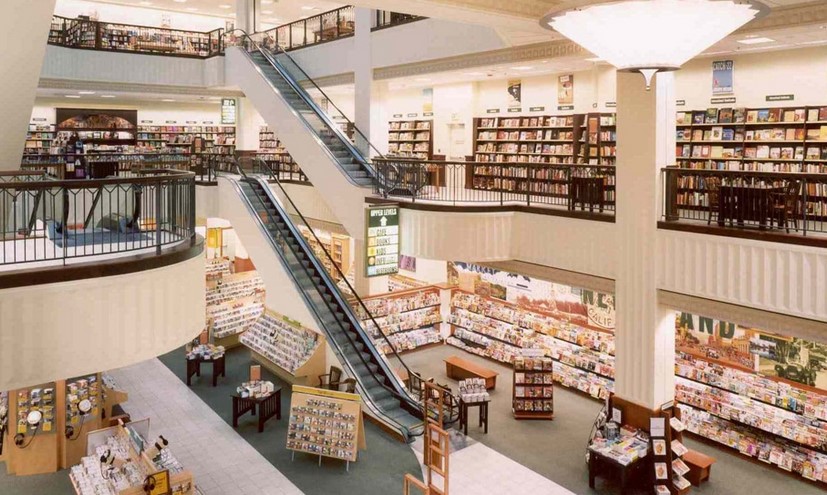 Barnes and Noble has been outrunning the Grim Reaper’s shadow for quite some time, and it has put a valiant effort into new tactics and new approaches in order to keep the doors open. While it hasn’t yet taken the advice from many authors, publishers, experts, and readers–namely, get the candles and coffee mugs off the shelves and fill the place with books–a new approach is underway that just might save Barnes and Noble.

Heck… it might save all bookstores. And the best part is, it’s so mind-numbingly simple that it just might help. It certainly won’t hurt.

According to an article in Forbes, B&N’s latest strategy has been to move away from New York-based decision making on a large scale and put some of the purchasing power in the hands of local store managers and employees. Instead of having to rely on ordering a single title for a customer and having it delivered, buying decisions can shift largely to the individual stores when it comes to stocking the shelves.

Think about it: there’s a reason the Walmart in Tampa, Florida doesn’t sell snow shovels, just as the one in Buffalo, NY doesn’t sell swimsuits in February. Buying decisions are made based on location and trends among area consumers. So shouldn’t book decisions at least be influenced in the same way, if not based on that entirely?

How does this translate into helping B&N? It means that there will still be access to “buzzworthy” books that get all the press, as well as titles that generate attention locally. Maybe a traditionally published midlist author lives nearby or has come through to do a book event. Maybe her sister lives in the area and everyone at her workplace keeps up with the author’s publishing. It can mean that the “local authors” section of the bookstore wouldn’t be a shelf shoved in the back near the magazines, but instead would be scattered with purpose throughout the entire store. When one title or topic starts to gain traction in one store, the manager doesn’t have to hope that corporate sends more books like it; instead, she can do her job and fill the stacks with books that people actually want.

This move can shift the mindset of book buying away from “I have to shop online to find the books that no one ever talks about” to “my local bookstore carries all of these books about [insert topic] or by [certain author’s name].” This time two years ago, B&N only operated 627 brick-and-mortar retail locations in the US; last March, they were scheduled to close over 400 stores. As more people come back to the idea of discovering great reads in their local stores, indie bookstores–who’ve always done it this way–become the normal approach to book buying again instead of the quaint outlier whose time may have come and gone.