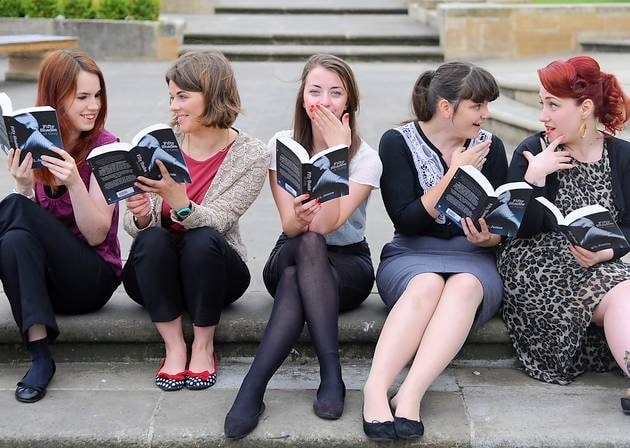 Whether you’re a fan of the books and movie franchise or not, there’s little doubt that 50 Shades and its complete line of products has made an impact. Some can argue that it brought not only indie authors but also fan fiction into the more respectable mainstream, although a growing number of critics are pointing to the unhealthy dynamics in the book as everything wrong with romance…and erotica…and sex in general. And maybe even books.

The latest Fifty Shades film has hit theaters, whether we wanted it to or not, and critics have not been kind. The least damaging reviews say that after the previous two installments, this one just felt flat and lifeless. The harshest criticisms may come from the scientific community following a study that says the franchise may have a direct correlation to being in an abusive relationship.

They aren’t referring to the physical aspects of the sex scenes, either. Researchers at Michigan State University conducted a formal–albeit, flawed–survey of around 600 female students. They were asked if they had read any or all of the series, and also asked about their experiences with coercive, controlling, or abusive relationships. Shock and surprise, the researchers found that women who had read the series were more likely to respond that they had endured some form of abusive relationship.

However, to give the “I published a book” devil its due, it’s hard to blame EL James for this one. What the study didn’t make clear was the motivation: were these women drawn to the series because they had been abused? Were they in healthy relationships before they read the series but fell into abusive situations that they tolerated or perpetuated after reading the series? Did they identify with Anastasia as a fellow victim, or because they secretly desired their own abusive relationships to turn out with happy endings?

Another unscientific theory on the approach to the series is this: if women are fantasizing about a moody, manipulative, controlling person who hands down the silent treatment for “misbehavior” and stalks them relentlessly then accuses them of infidelity, only to make up for it with violent sex, it’s because we’re fantasizing about him being a billionaire, not being a jerk.