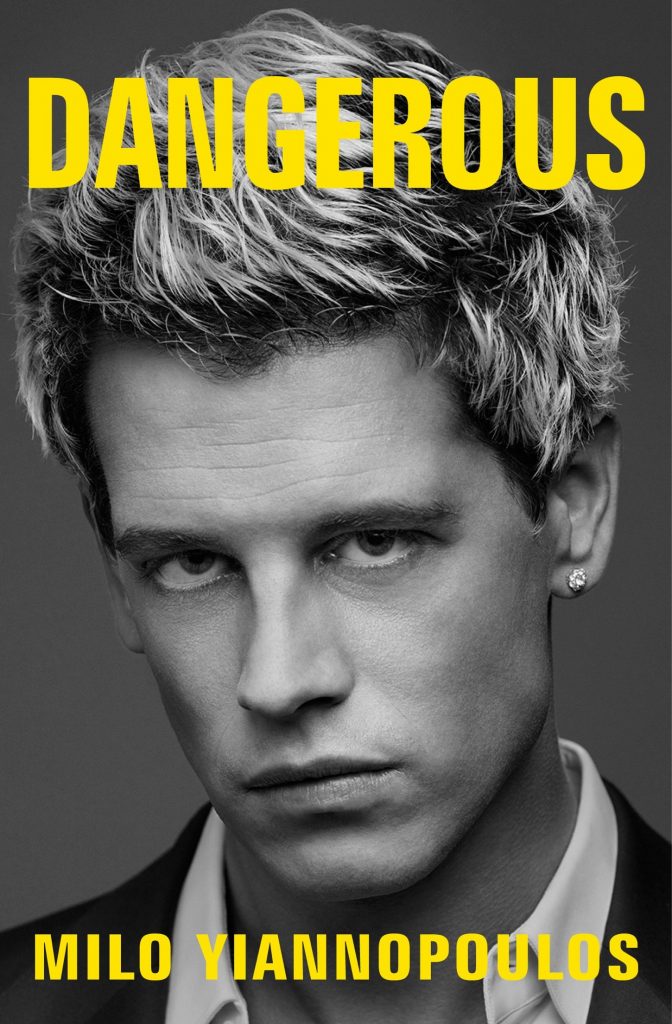 Milo Yiannopolous has made waves for years, but more recently, he made news in the publishing world for losing out on a book deal that included a $250,000 advance. A number of people assumed that Simon & Schuster cancelled his book deal for his manuscript, Dangerous, following the release of a taped interview in which Yiannopolous made glib remarks seemingly in support of pedophilia. However, as the manuscript and the court filing now show, the book was cancelled after the publisher sent instructions to the would-be author’s agent demanding rewrites.

Of course, $250K isn’t chump change, and the publisher expected it back. The right-wing wanna be bad boy refused to refund it, and went on to file a lawsuit against the publisher for $10 million. But that’s where the fun part starts.

As part of the court filing for the lawsuit, the entire manuscript is reprinted in public record…with the editor’s comments. That last part is the publishing industry’s Christmas present to us all.

Social media is currently blowing up with screenshots of the manuscript and the comments in the margins, all of which indicate that Simon & Schuster may not be as tolerant of Yiannopolous’ antics as critics originally thought. The comments are scathing, and there’s a complete shade-throwing in the margins against the would-be author’s original writing.

The book’s editor did attempt to maintain the professional high-ground, at least early on in the process. Comments were filled with constructive criticism and related commentary. However, by the end of the first fourth of the book, the tone changed dramatically as the beleaguered editor was forced to wade through the quagmire.

One sample published in The Guardian demonstrates the effort: “The early sections of a chapter on feminism prompt the note: “Don’t start chapter with accusation that feminists = fat. It destroys any seriousness of purpose.” Yiannopoulos goes on to criticise contemporary feminism as “merely a capitalist con-job – a money-grab designed to sell T-shirts to Taylor Swift and Beyoncé fans with asinine slogans”. “Um … like your MILO SWAG?” the editor responds.”

Later comments in the manuscript simply devolved into things like, “DELETE UGH.”

Dangerous was self-published following the breakdown in the relationship. The would-be author claims to have sold more than 100,000 copies on its first day of release, but that number was later proven to be vastly exaggerated.