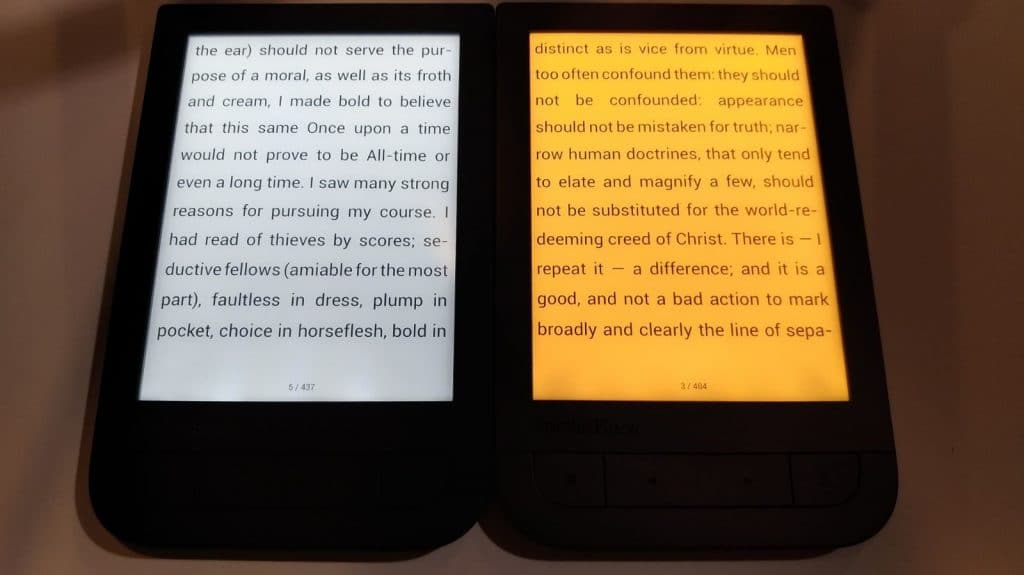 Pocketbook has released a bunch of new e-readers in 2017 and the ones we are looking at today is the Touch HD and the Touch HD 2. The main difference with the second generation model is that it is a candlelight screen, which is the same technology found on the Kobo Aura One and Nook Glowlight 3. You can use the slider bar to mute the bright white screen and get various degrees of red/orange.

In this video comparison we look at the e-readers, the Pocketbook Touch HD front shell feels like rubber and is black. The Touch HD 2 is made of hard plastic and the overall color on the front is a metallic bronze. They both have a 300 PPI screen and have an SD card to boost up the internal storage. You can listen to music or podcasts via the 3.5mm headphone jack. There is no integrated bookstore on either, so you will have to sideload in your own books or borrow them from the library.