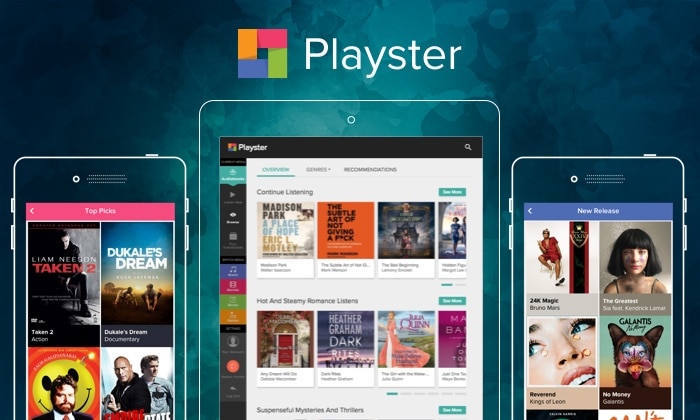 Playster has fired their entire staff two weeks ago and only a few executives remain with the company. Management has asked everyone to keep it a secret and not to post about it on social media. Playster will not be investing anymore money into new digital content, which means they will no longer be adding new audiobooks or ebooks to the platform.

Playster was initially founded in 2014 in order to have an appealing library of content they initially formed relationships with HarperCollins, Simon & Schuster, Harlequin Paramount Pictures, Cinedigm and Gameloft. This allowed the company to have ebooks, music, games and video. In 2015 they added audiobooks with their partner Findaway. In April 2016, Playster expanded its audiobook library to include the Big Five publishers. As reported by Adweek, “the platform now carries audiobooks from: Simon & Schuster, Macmillan, HarperCollins UK, Recorded Books, Tantor, and Highbridge. HarperCollins US titles are already in the library.”

The writing was on the wall in mid-2017 that Playster was in trouble. The company was burning through their cash reserves and had to increase prices. They doubled the price of its audiobook membership to $29.95 or allowing users to access under half of its library for their current price of $14.95.

Now that Playster as axed all of their staff, new users will likely not receive any customer service or have their issues addressed in a timely manner. The Playster apps on Android and iOS will not receive any further firmware updates and no security or bug fixes will be pushed out.

Playster is basically running on life support right now. The company is in dire straights and it won’t be too much longer before they are completely out of business. This is good news for Audible, Scribd and Kindle Unlimited who will likely be the beneficiaries of a mass exodus of users.