You are here: Home / Business News / Quartz has been sold to Japanese company Uzabase 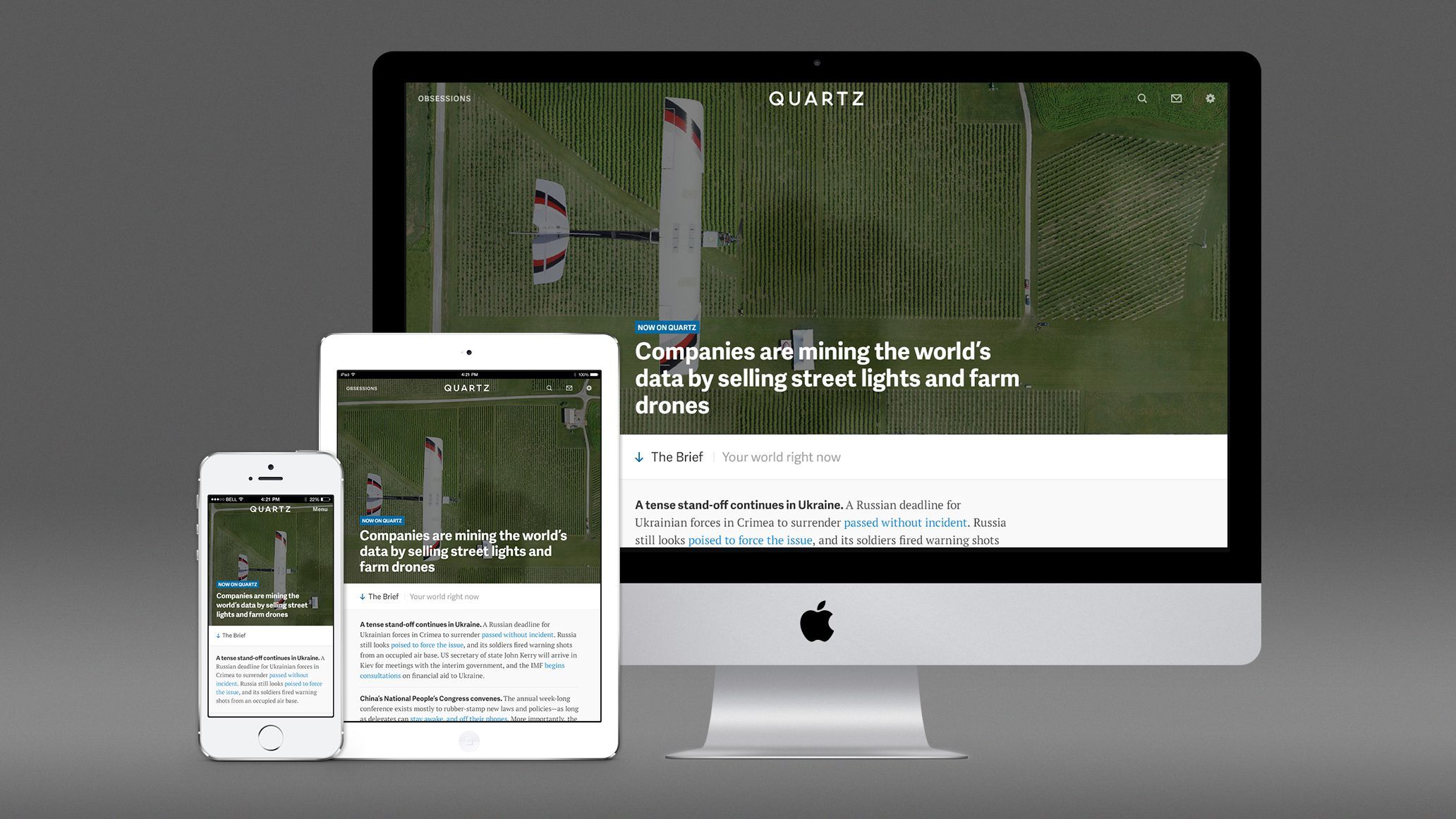 Atlantic Media has sold the popular website Quartz to Japanese financial publisher Uzabase in a deal valuing Quartz at between $75 million to $110 million. Launched in Japan in 2013 the Uzabase service NewsPicks has 3.3 million registered users and 64,000 paying subscribers. Quartz says its average audience is about 20 million unique visitors per month, spanning its website (qz.com), app, email newsletters, and video.

Quartz in its six years of existence has carved out space as a premium source of business news and intelligence, a digital-only player whose peers include the Wall Street Journal, The Economist, Bloomberg and other brands. In a joint letter to readers this morning, Lauf and Delaney said Quartz is growing rapidly. “We’re on track to increase advertising revenue 25-35% over 2017, which will set yet another all-time record in revenue for our company,” they wrote. Quartz said in this morning’s report that revenue for the company was more than $30 million in 2016.

Many news outlets are shifting toward seeking reader revenue, making at least some of their content available only to subscribers. Digital advertising has been under increasing pressure as Facebook and Google have come to dominate the market for mobile ads. Organizations including the New York Times, the Washington Post, the Financial Times, and Business Insider have invested in digital-subscription or premium-content models that now make up substantial portions of their revenue.