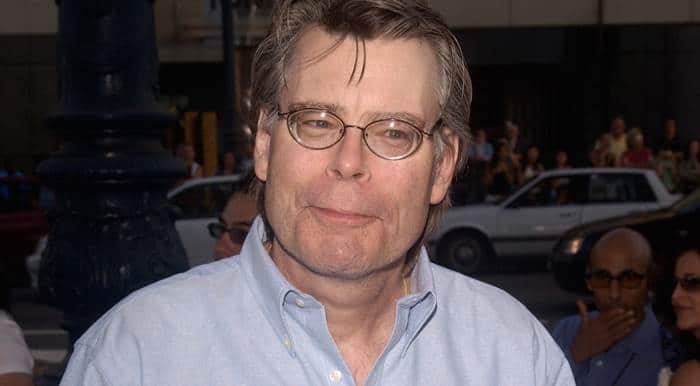 Stephen King is no stranger to the art form of thriller fiction, but he’s also no stranger to controversy. His essay on gun control garnered a lot of attention, much of it loud and rage-filled, but he stood by his position on the need for common sense in the discussion surrounding freedoms and safety.

Now, along with his son Owen, King is writing a thriller called Sleeping Beauties, a twisted alternate now in which women fall victim to a strange “sleeping disease.”

King’s website features the following synopsis of Sleeping Beauties: “In a future so real and near it might be now, something happens when women go to sleep; they become shrouded in a cocoon-like gauze. If they are awakened, if the gauze wrapping their bodies is disturbed or violated, the women become feral and spectacularly violent; and while they sleep they go to another place…The men of our world are abandoned, left to their increasingly primal devices. One woman, however, the mysterious Evie, is immune to the blessing or curse of the sleeping disease. Is Evie a medical anomaly to be studied? Or is she a demon who must be slain?”

The controversy over books such as this one brings out the haters and internet trolls any time a seemingly innocuous news item about equal rights comes up. In this case, following on the heels of a season of mass protests around the world, some people will inevitably feel that Sleeping Beauties hits too close to home. After all, the recent Day without a Woman protests that were mocked around the US were just an inkling of what happens when half the population is no longer a part of life. If his past controversial writings and political statements are any indication, this new book will take a stab at quite a number of high-profile and anger-inducing beliefs.

Sleeping Beauties is scheduled for release from Scribner in September.