You are here: Home / E-Book News / Amazon Announces the Best Books of 2018 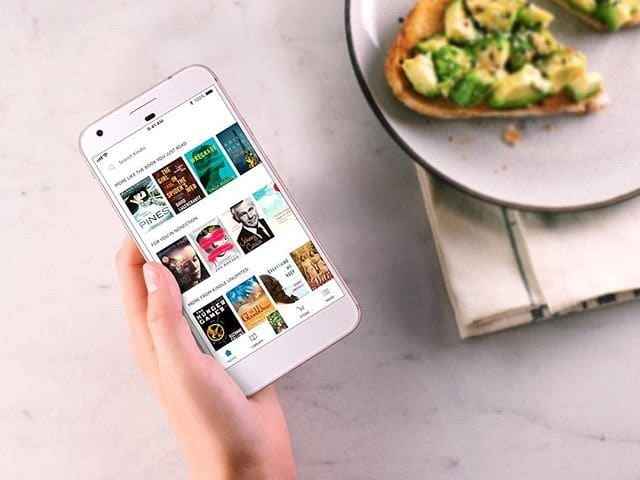 Amazon has just announced the best books for the first half of 2018. The Amazon editors normally do this twice a year and it gives readers a chance to discover new authors or to be made aware of new titles from their favorites. All of these books are available in print and digital.

Educated: A Memoir by Tara Westover: Tara Westover didn’t see the inside of a classroom until she was seventeen, but it was an experience that dramatically changed the trajectory of her life. This stirring memoir chronicles how she survived her survivalist upbringing, eventually earning a PhD from Cambridge University. It’s a rousing reminder that knowledge is, indeed, power.

The Great Alone: A Novel by Kristin Hannah: In this pressure cooker of a page-turner, a damaged Vietnam vet moves his family to the wilds of Alaska. Initially it’s a welcome change, but as winter approaches, and his mental state deteriorates, his wife and daughter find themselves in an increasingly precarious position. Like her mega-bestselling The Nightingale, Kristin Hannah’s The Great Alone highlights the heroics of everyday people, especially women.

The Feather Thief by Kirk Wallace Johnson: Clever, informative, and sometimes endearingly bumbling, this mix of natural history and crime opens up new worlds. Readers will never look at an old stuffed bird or an elaborately tied fishing fly the same way again.

The Woman in the Window by A.J. Finn: The Woman in the Window is a seductive and unpredictable novel about an agoraphobic woman with a tricky past who witnesses a murder.  Or does she?  With twists that will have you gasping out loud, this Hitchcockian noir thriller is the book to read if you’ve been waiting (too long) for the next Gone Girl.

Girls Burn Brighter by Shobha Rao: This emotionally ungentle novel of two very different young women in modern-day India will prompt both outrage and hope as the girls separately traverse perilous paths to find each other again.

The Line Becomes a River: Dispatches from the Border by Francisco Cantú: The son of a park ranger, Francisco Cantú grew up in the southwest. When he joined the Border Patrol, he became witness to the stark realities of illegal immigration, and the obligations of his job weighed heavy against his sense of humanity. With its direct, stoic prose, The Line Becomes a River is a weighty and timely document on one of our most divisive arguments.

The Electric Woman: A Memoir by Tessa Fontaine: Many people say they’d like to join the circus, not many people actually do. Having difficulty coming to terms with her mother’s imminent passing, Tessa Fontaine joined The World of Wonders, the last touring sideshow in America. The Electric Woman is a fascinating behind-the-scenes peek at carnival life, and an ode to unconditional love.

Children of Blood and Bone (Legacy of Orisha) by Tomi Adeyemi: Here is a fresh take on young adult fantasy. With West African-inspired characters, magic, and setting, Children of Blood and Bone is non-stop action, enriched with themes that resonate in today’s social and political landscape: injustice, discrimination, and a struggle for change. Author Tomi Adeyemi’s debut novel is the start of what promises to be an epic, addictive new series.

The Immortalists by Chloe Benjamin: In this ambitious and deeply moving novel, Chloe Benjamin imagines how the lives of four siblings might be warped by a fortuneteller’s prediction of the dates of their deaths. While recounting their stories, Benjamin poses intriguing questions about the value of longevity and whether we are victims, or perpetrators, of our own fates.

There There by Tommy Orange: What does it really mean to be an Indian/Native American/American Indian/Native? Orange’s vivid debut novel allows a unique cast of characters—ranging from teenagers to elders living in Oakland, California—to pull this question apart for themselves as they live within an urban ecosystem.