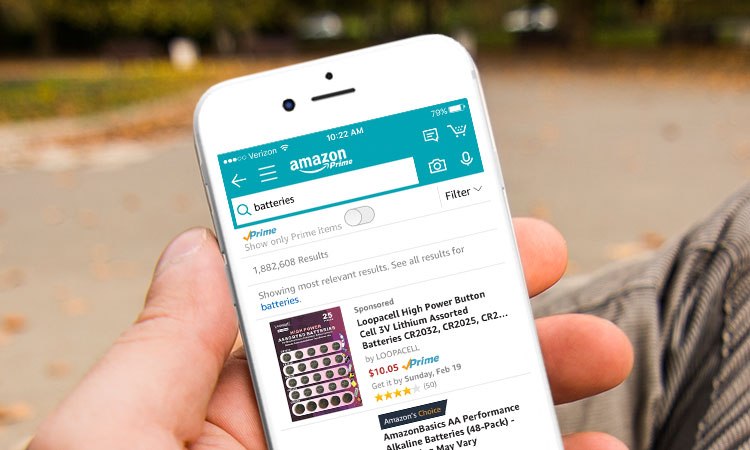 Amazon has a dominant market share when it comes to ebooks and their Audible unit. They sold over three hundred million Kindle books in 2016 and control 75% of the US market. The Kindle, Echo and Fire tablets are all gateways to the Amazon ecosystem, but they fail to have a meaningful presence on my iPhone.

Longtime Apple users remember the day when their entire world changed. On July 10, 2008 Apple unveiled the App Store. It allowed iPhone and iPod users to download and install apps to their smartphone. Within one year they had 1,100,000+ third-party apps officially available and in a few short years 200 million iOS users had downloaded over 15 billion apps.

The early years of the App Store were a boom period of e-book sales on the iOS platform. Amazon was selling millions of them and it allowed Kobo to become the dominate number two player. It was also a lifeline for companies on the brink of going out of business and bowing out of e-books altogether, in the form of Borders and Sony. But like all good things, the Apple wellspring was about to run dry.

In 2011 Apple had sent out notifications to publishers that they were going to eliminate the ability to direct users to their own internal payment processors and Apple would process all in-app payments. Additionally, Apple was going to take a 30% commission on every sale.

By July of 2011 the new Apple policy was put in place and major players such as Amazon, Barnes and Noble and  Kobo updated their apps and removed the ability to pay for books. They basically turned all of their iOS apps into glorified e-reading software.

Selling e-books is a razer thin business model and Amazon paying Apple 30% is not feasible, nobody would make any money except Apple. In order to continue selling ebooks on the Apple platform, Amazon got really sneaky and released a workaround.The Kindle Cloud Reader was developed in the first quarter of 2011 and released to the public in August. They issued a copious amount of press releases, reached out to all of the tech blogging community to promote it. They basically instructed users to use the Safari internet browser to buy ebooks from Amazon and then use the existing Kindle for iOS app to read them. The Cloud Reader was never meant to be anything other than a temporary selling vehicle to make a little bit of money from hardcore Apple users.

The big problem is that the Kindle Cloud Reader remains a bastard child. It never receives updates or new features. It does not have any of the things that has made the Fire Tablet, Kindle e-Reader or the dedicated apps for Android and iOS. It lacks basic functionality such as changing the line spacing or font type. It does not have Quiet Mode for distraction free reading, nor integration with Amazon X-Ray or the Whispersync for Voice system that will play an audiobook. You can change the size of the font and the margins, take notes or make a highlight. This limited user experience is tremendously frustrating for new users having to gravitate towards the platform.

So it really looks like Amazon fails to control the iPhone in my pocket. I cannot buy e-books using the Kindle app, nor can I buy audiobooks directly from Audible. If I want to purchase audiobooks, I have to bypass Audible directly and use iBooks.