You are here: Home / Digital Publishing News / Amazon is enticing publishers to opt into Kindle Unlimited 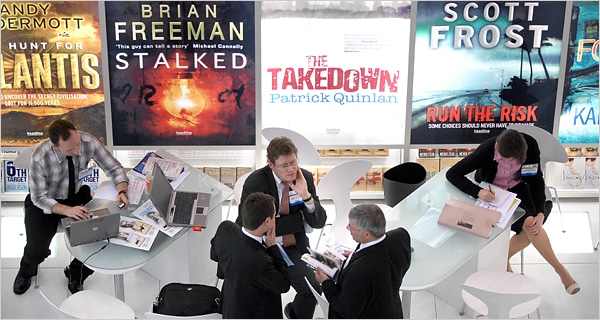 Amazon is one of the few companies left standing after the collapse of the e-book subscription model in 2015. Oyster and Entitle both went out of business and Scribd abandoned the model altogether. Amazon is now actively courting agents and publishers in an attempt to woo them over to Kindle Unlimited with a series of perks.

Amazon Kindle Unlimited is a program where authors traditionally make money per page read and also get a cut out of a pool of funds that changes on a month to month basis.

According to the Bookseller David Naggar, vice-president of Kindle Content for Amazon.com, along with other Amazon representatives from its US and European operations— including Alessio Santarelli, Kindle’s director, EU Content Store, and Amy Worth, director, Kindle Content, UK—gave presentations at Penguin Random House (PRH), HarperCollins (HC) and Hachette, and to a group of Independent Alliance publishers.

The sessions, described by Amazon as an “all hands” meeting, concluded on Friday with a presentation to around 25 literary agents.

The meetings were attended by around 100 people at each major publisher from sales, editorial and marketing departments, including senior executives.

Amazon is very likely going to give major publishers a different set of terms in order to get their content into the Kindle Unlimited Catalog.  Right now, the e-book service primarily comprises of titles written by indie authors and getting the big 5 involved would enhance the marketability of Unlimited and give it a wider appeal to the average reader.