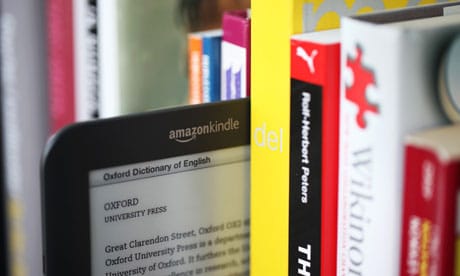 Amazon announced today that 100 million Kindle ebooks have been purchased, downloaded, or borrowed from the Kindle Owners’ Lending Library. This is a huge feat considering there are only 180,000 ebooks currently available.

Popular Kindle-exclusive titles include War Brides by Helen Bryan, which has been purchased or borrowed over 270,000 times and has remained on the Kindle Top 10 list for the past 8 weeks; Karen McQuestion’s books A Scattered Life, Easily Amused, and The Long Way Home, which have been purchased or borrowed more than 500,000 times; and Ed McBain’s classic and long-running 87th Precinct series, which debuted in 1956 and is now published for the first time in digital and has been purchased more than 250,000 times since December. Other best-selling exclusive books include several titles from Debora Geary, particularly A Modern Witch, which recently hit #1 on the Kindle best seller list (briefly unseating Fifty Shades of Grey) and Our Husband by Stephanie Bond, which has been on the Kindle best seller list since July. Both of these authors have sold at least 200,000 copies of their books.

Authors have the option of making their titles exclusive to Kindle by joining KDP Select. So far in August, KDP Select books that enrolled in July earned 77% more royalties from paid sales than the three months before they were enrolled in the program.  This figure is conservative and only includes books that were available via KDP for the entire three months prior to enrolling in KDP Select.  If you include the money that authors earned from the KDP Select fund, their earnings are even higher.

There are a few huge factors that contribute to the copious amount of ebooks sold and downloaded over the last year. In the past, you needed a dedicated Kindle e-Reader in order to purchase and read books. Customers now have the ability to buy and read books on smartphones, tablets, and computers. Also, the e-readers themselves have drastically come down in price in the last two years and instead of exclusively being an online purchase from the Amazon website, retailers all over the world now stock them on their shelves.

Many authors have told us at various conventions that they don’t like the fact that in order to join Kindle Select, you can’t publish your book with another company. It has to remain a sole and exclusive property of Amazon.  There are some success stories though. Andrew E. Kaufman is the author of The Lion, the Lamb, the Hunted, an exclusive title and a top 100 Kindle best seller this year.  Kaufman’s books are the most-borrowed independently-published books in the Kindle Owners’ Lending Library.  “I don’t just think KDP Select opened new doors in my publishing career – I know it did,” said Kaufman.  “My two novels skyrocketed shortly after I ran my first promotion, with sales eventually reaching far beyond the 100,000 mark.  It was an opportunity I’m thankful I didn’t miss.”