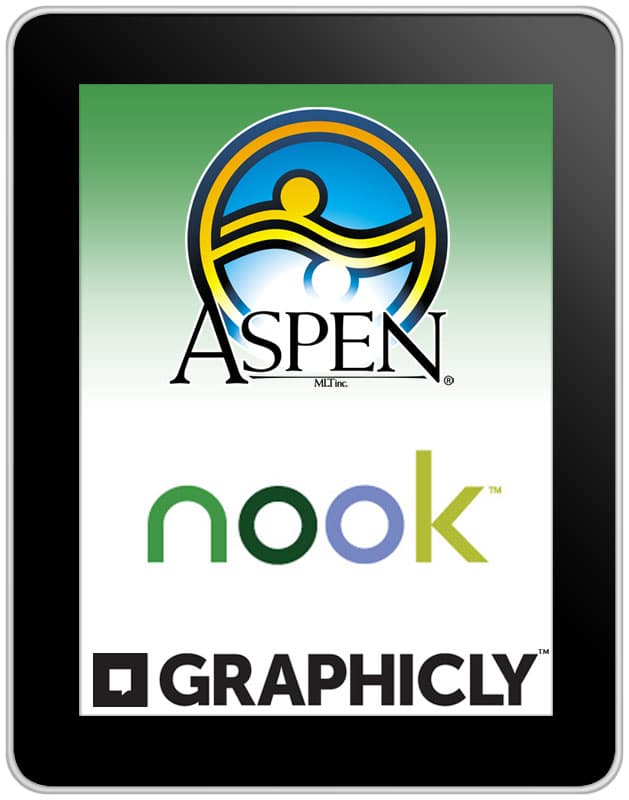 Aspen Comics in conjunction with Graphicly are launching new titles on the Nook platform. These digital comic books will showcase the Nook Color and Tablets unique ability to display full color content.

Aspect Comics hails from Culver City, Ca. and has been in the comic book industry for over nine years. The company was founded in January 2003 by superstar comic artist Michael Turner. Priding itself on producing entertainment properties of the highest quality visual and storytelling elements, Aspen MLT, Inc. quickly carved its mark on the comic book industry.

In addition to Michael Turner’s runaway hit, the number one best-selling comic series Fathom, Aspen MLT, Inc. also debuted the fantasy adventure epic series Soulfire in 2004. Both properties have continued on in Turner’s vision with a host of exciting mini-series. Fathom has expanded beyond the series proper and continues to grow with the additions of the new titles Fathom: Dawn of War, Fathom: Cannon Hawke, Fathom: Kiani and more. The Soulfire Universe has also seen it’s fair share of mini-series in addition to the main volumes including Soulfire: Dying of the Light, Chaos Reign, Shadow Magic, and New World Order. As well as continuing to deepen the worlds of Fathom and Soulfire, Aspen continually creates thrilling new properties including it’s newest titles the adventure-comedy Shrugged, the action-adventure series Executive Assistant: Iris, the supernatural-thriller Dellec, and the action-espionage series Mindfield, and the steampunk mystery series that debuted as a top-selling independent book, Lady Mechanika.

Along with their own successful properties, Aspen MLT, Inc. collaborates with some of the comic industry’s most successful companies and endeavors. Michael Turner and Aspen have collaborated with Marvel Comics including cover work for the best-selling events Civil War, World War Hulk, and Ultimatum. As well, Aspen collaborates with DC Comics providing covers for such best-selling titles as Superman/Batman: The Return of Supergirl, The Justice League of America, and Eisner-nominated covers for the critically-acclaimed and top-selling mini-series Identity Crisis. In 2006, Aspen joined forces with television giant NBC to create the online comic adaptations for the hit television series “Heroes.” Aspen teamed up with Valhalla Studios to produce the horror-adventure series The Scourge in the Summer of 2010.