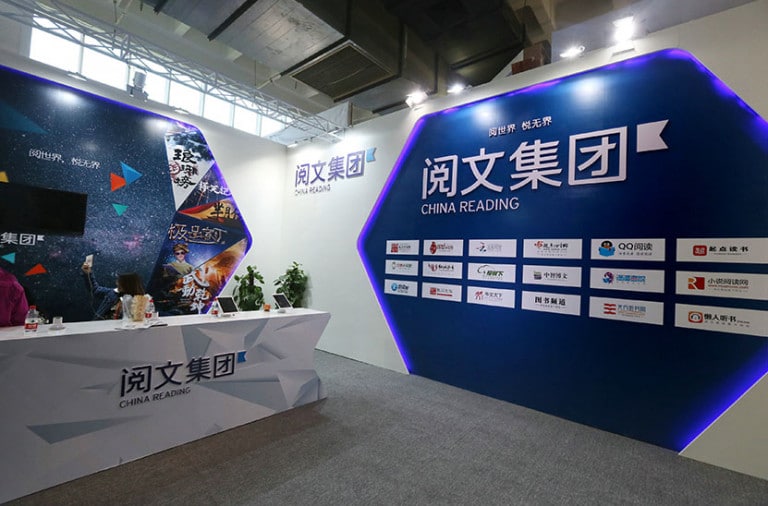 China Literature is a subsidiary of Tenchet and they are going public and trying to raise $800 million in a public offering. The company, which is looking to raise funds for potential acquisitions and expand its mobile reading business.

The firm saw revenues jump 59% last year to 2.6 billion yuan ($377 million), while it posted a net profit of 30.4 million yuan, compared with a loss of 354.2 million yuan a year earlier. It is its first net profit since it began disclosing financial data in 2014.

China Literature is trying to beat Amazon, and each company has small advantages over the other. According to its company reports, China Literature has more books than the Kindle Store (8.4 million v. 6.9 million) but a smaller number of writers (5.3 million v. 14 million). The Chinese company enjoys a readership of 175.3 million, while the total number of Amazon account holders is around 304 million – Amazon does not share figures for the number of Kindle Store users. China Literature launched its first e-reader in June at a price similar to the Kindle Paperwhite. However, less than 500 devices have been sold. The vast majority of users that are reading digital content with China Literature are using smartphone apps.

One of the key differentiators of China Literature is that most of their e-books are serialized. Writers are publishing work chapter by chapter, sometimes altering plotlines based on suggestions from users. Each serialized work as a discussion forum for readers to talk with each other and the author’s play a large role in the community. The community aspect of reading is one of the big reasons why this company has such a large competitive advantage over Amazon, who merely sells e-books.