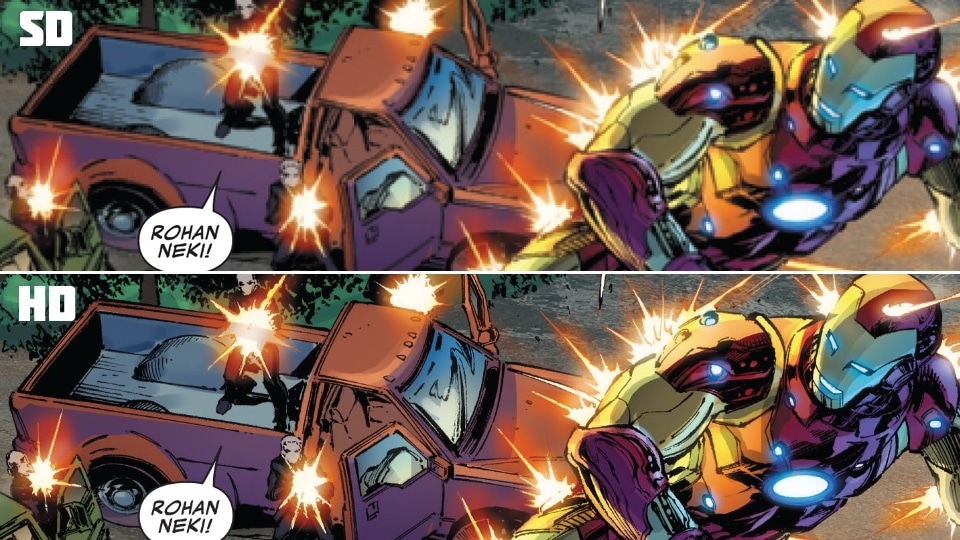 Comics by Comixology has been upgraded today in the Apple APP store to give you a taste of the high resolution. The company has introduced 125 comics in the new CMX-HD format to take advantage of the almost 3.1 million pixels available.

Comixology distributes many comics in its ecosystem such as GI Joe, Marvel, Image and many other publishers. The move to a comics HD format should be a boon for the serious comic reader and is a huge threat to other ecosystems. The company announced that all new comics added to its store will be in the new HD format but most of the backlist titles will not be converted.

One of the drawbacks of the new HD format is that new iPad users will not be able to download comics under the old format, which is a kick in the pants. Also the size of comics has almost doubled because of the higher resolution, so make sure you have at least 30 to 50 MB for your average purchase.