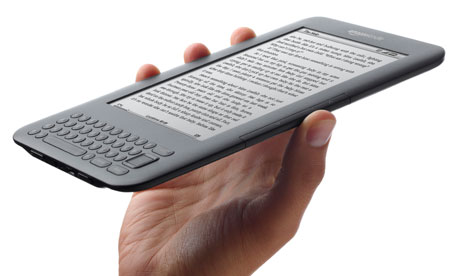 Amazon has come under fire in public perception for the little tricks and scams that unscrupulous “authors” use. It might be manipulating the rankings through free downloads, paying armies of reviewers or hiring out to a company that can produce hundreds of reviews, and even the outright theft of content and publishing ridiculous ebooks to make a quick few cents. But ZDNet has uncovered one Amazon scammer who didn’t make a pittance… he made millions.

Valeriy Shershnyov put into operation a catfishing scam that is so mind-bogglingly complicated that it required databases, additional servers, hundreds of fake email accounts and Amazon accounts, and even a route through the Tor browser. The short version of his story is that he used his hundreds of fake accounts to download garbage ebooks, ebooks that he would make free, then use that traffic to drive the rankings up. Once the book was no longer free, the buyers still came looking for it since it was at the top of the sales list.

ZDNet’s description of the investigation into Shershnyov’s activities is complex and in-depth, and can be found here. But while Amazon pursues its legal options into this multi-million dollar book-spitting operation, they’ll be hard pressed to find out that he did anything that was actually criminal. The buyers did receive their books, although they were terrible, and Shershnyov’s accounts were actually his (as opposed to hacking into someone else’s account). Having multiple accounts might violate Amazon’s TOS, but they won’t land him in jail.

Even worse, his entire operation is still standing at the ready. Since it was automated to the point of practically running itself, he can simply start fresh and relaunch tomorrow. And given that Amazon’s system has to allow the rest of us to buy and review books, nothing short of blocking the honest consumer-readers and the hard-working indie authors from using their site will put a stop to someone out to make a quick buck.