You are here: Home / Business News / Harlequin Blaze is shutting down in 2017 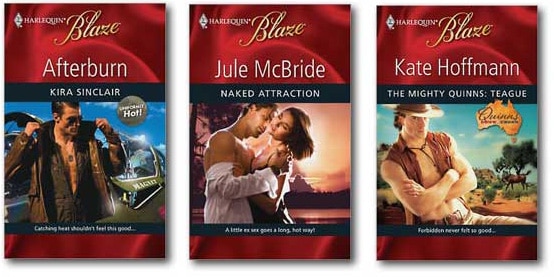 Harlequin Blaze will cease publication in June 2017 and no new titles will be made. All of the e-books will continue to be available for purchase at Harlequin.com and other online retailers such as Amazon.

Blaze is known in the publishing industry as the “sexiest” imprint—but is “not erotica.” The titles are very sensual and normally feature one hero, one heroine and an implied committed relationship at the end.

It is currently unknown what will replace Blaze, but Harlequin is teasing a new imprint to replace it. In a written statement to Good e-Reader they said “Harlequin is thrilled to announce the launch of a new sexy, contemporary series in July 2017.  After carefully studying the market and monitoring reader feedback to our books and to competitive books, we are developing a series with a fresh new approach to the “passion” positioning. We will have more information to share with you in the near future.”