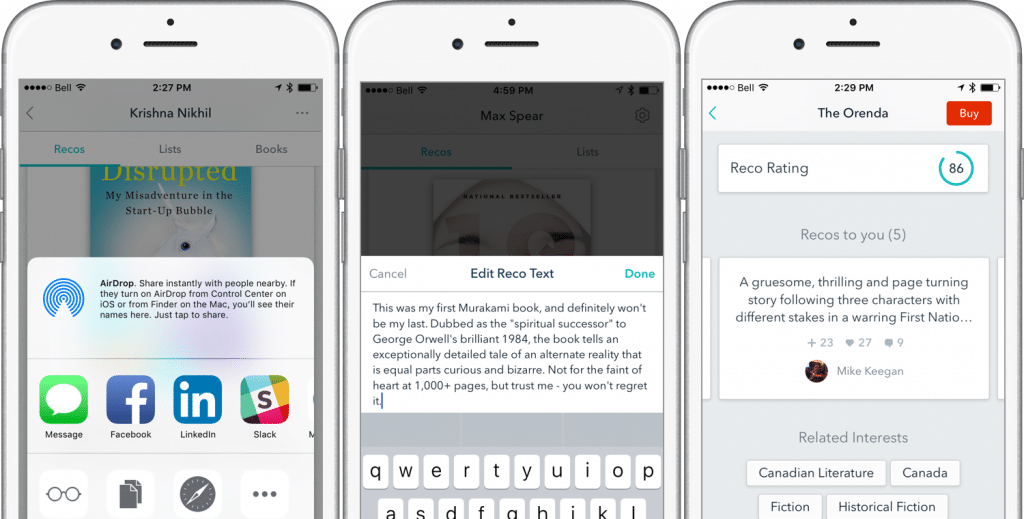 Indigo Books and Music released a social community and book discovery app in 2016 called Reco for iOS. Reco allows you to develop your own book lists for titles you are currently reading and want to read and then share it via social media. Your lists are not just limited to print either, but you can also include ebooks and audiobooks. The app has not been updated late 2016 and it completely failed to get any traction. No one I know joined it, and the only followers I ever got on it were Indigo employees/Reco developers. The only app reviews are also from 2016, which means literary nobody is using the app.

The plight of Reco might be similar to the new app for Android and iOS that Barnes and Noble officially released yesterday, Browsery. The vast majority of Browsery users are not people who love books but Barnes and Noble staff and the developers who made the app.

B&N and Indigo have both tried to replicate the GoodReads experience in a bid to sell more books. This is where they will both fail, because customers want a community that does not lock them into a specific ecosystem, they want to talk about books, monitor their reading goals and discover new authors.

Indigo rushed out Reco to be a GoodReads clone. They never marketed it in their bookstores and was only mentioned a handful of times on their Twitter account. Aside from the initial press release it was never talked about again. Nobody has even talked about Reco online in the past year, there have been no blogs reviewing the app or updates from the developer. The promised Android app never materialized, likely due to the poor performance of the iOS app.