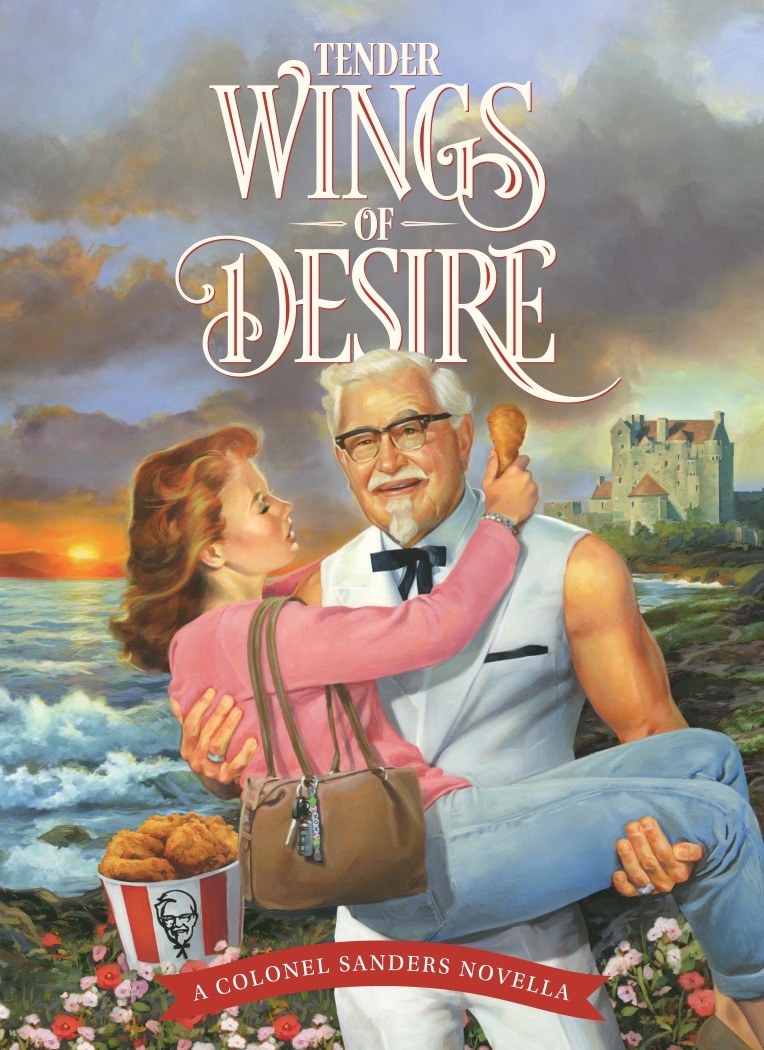 In the world of fast food advertising gimmicks, you could do worse than to get a free ebook as part of a fried chicken campaign. Unfortunately, popular restaurant chain KFC might have gone a little too far in its attempts at viral humor with an idea that seems to have insulted a couple of different demographics.

The company released an ebook on Amazon called Tender Wings of Desire, and the cover art features a Fabio-esque Colonel Sanders carrying a woman in the same style as a Harlequin romance. The story is filled with a steamy loved story peppered with so many chicken cliches as to be nearly unreadable.

It gets worse. The “free” ebook is actually 99cents if you’re not a Kindle Unlimited subscriber. There may have been a brief point upon release where it was available for free, but as of this writing it is now the price of a value fries from a competing fast food chain.

It gets even worse. KFC acknowledges that this story is part of its Mother’s Day promotion, as Mother’s Day weekend is a high-sales date for the chain. Presumably, it’s for all the moms who were given the gift of not having to cook a meal after their husbands swung through the drive-thru. Speaking of husbands bearing “meh” gifts, the story line itself is a bit unconventional for Mother’s Day, as it features a female protagonist who is trapped in (and escapes from) a loveless marriage. Ouch. The message here seems to be, “Get her something better than a bucket of fried chicken or she’ll leave you for a wealthy icon with huge biceps.”

Now for the true insult: a few romance fans who took the time to read and review had some scathing comments, largely speaking to the fact that 54% of fiction book sales are in the romance category. Hint: if you want to appeal to readers, try not to do it with a story that intentionally ridicules their favorite genre. Some called it the result of a Colonel Sanders FanFic contest, others called it awkward and dry. One reviewer actually stated that KFC had “golden opportunity here and they totally blew it,” referring to the complete miss when it comes to parody.

There’s yet another group who got swept under the bus of KFC’s insult to literature, and that’s authors themselves. The bulk of the one-star reviews spoke to the fact that KFC had a serious opportunity here to bring in a capable, fun romance author, and instead employed what must be someone’s unemployed nephew for the task. The writing was bemoaned as horrible, and reviewers spoke up about the fact that KFC certainly had the means to pay for quality writing from someone who knows the craft.