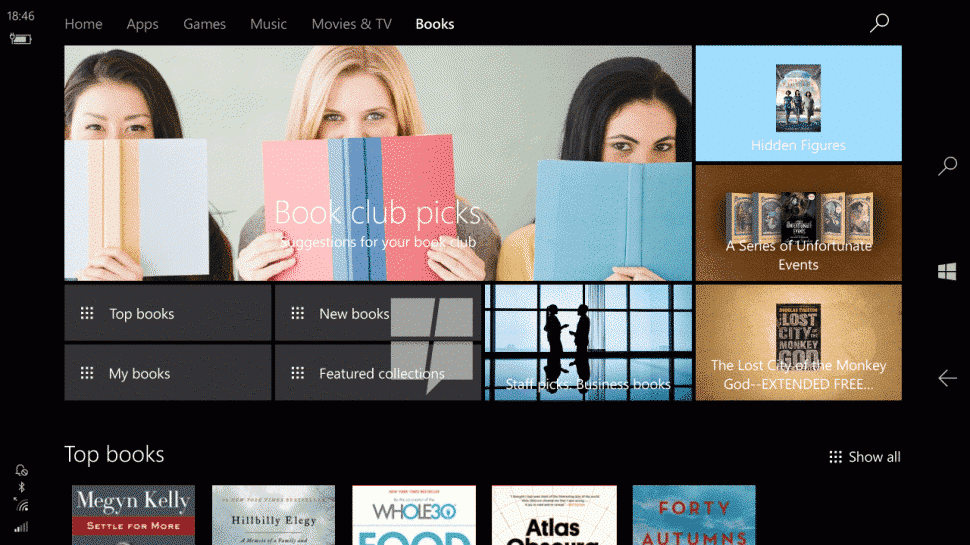 The Microsoft Bookstore was apart of the Windows 10 Store and it allowed USA customers to download free and paid titles. It was not available outside the United States, which led to confusion because anyone browsing the store could see all of the ebooks that were available, they just could not download them. Microsoft has confirmed to Good e-Reader that the Store has closed down and in early July, the ebooks customers purchased cannot even be read on the Edge browser. Microsoft is promising refunds to anyone who purchased an ebook, since they will lose access to everything in July.

Microsoft’s “official reason,” according to ZDNet, is that this move is part of a strategy to help streamline the focus of the Microsoft Store. It seems that the company no longer has an interest in trying to compete with Amazon, Apple Books, and Google Play Books. It’s a bit hard to imagine why anyone would go with Microsoft over those options anyway.

Microsoft has tried to make ebooks work for a number of years, but has always failed. They developed the MSReader format very early on, but scuttled it in 2011. In 2012 they invested $300 dollars into a project called Newco and then renamed to Nook Media LLC,  which would sell Barnes and Noble Nook books to customers in Europe. This did not work, and Microsoft pulled out of the deal in 2014.

One of the big reasons why the Microsoft Store failed is they did not have any distribution options for self-published authors and all of the links that publishers would follow to stock the Microsoft Bookstore’s virtual shelves led to 404 links. The fact the bookstore only catered to US buyers was the killing blow, Amazon controls over 75% of all ebook sales and it would be impossible for Microsoft to compete, unless they sold their books internationally.