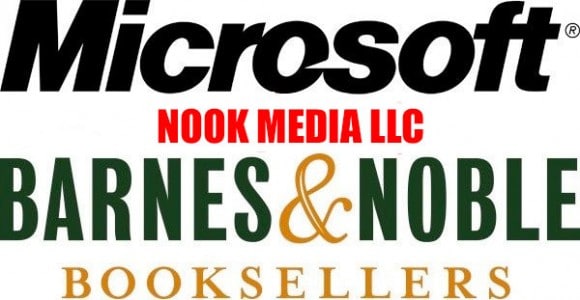 Microsoft and Barnes and Noble make strange bedfellows but the two have joined forces under the auspices of Nook Media LLC. The two companies have finalized their new partnership with a $300 million dollar investment from Microsoft to have a 17% ownership of the new endeavor.

Nook Media marks a process in which Barnes and Noble is spinning off their digital and e-Reader division into a separate company. Although Barnes and Noble has not officially announced this yet, this is the end-game. No one is quite sure how the tradition bookstore will fair in the coming years and with the bankruptcy of Borders Books last year, the timing was right to to begin the process of adding separation between the bookstore and their highly successful digital division.

“As demand for digital content continues to increase, we are focused on bringing ground-breaking reading and learning content and technologies to more people in more formats than ever before, including the imminent launch of our exceptional NOOK reading application for Windows 8,” said William Lynch, CEO of Barnes & Noble. “We look forward to working closely with our new partner Microsoft to add value to their innovative new platform by bringing great reading experiences and one of the world’s preeminent digital bookstores to millions of Windows 8 users.”

“NOOK Media is a leader in developing the next generation of digital reading and we look forward to the company bringing one of the world’s largest digital libraries to Windows 8 devices via their upcoming Windows 8 app,” said Andy Lees, President at Microsoft. “We are also excited by NOOK Media’s product roadmap and expansion into markets around the world as demonstrated by their recent launches in the United Kingdom.”