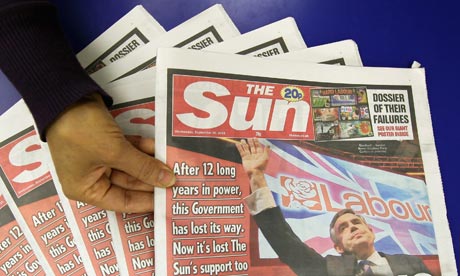 The Board of Directors at News Corp. has voted to spin off their entertainment and publishing division. This decision will allow the company a form of separation to run their publishing business in a different way and restructure the entire company.

There will be new companies formed that will run their entertainment business like 20th Century Fox, Fox Broadcast Network, and Fox News Channel. Their film and television business grossed $23.4 billion dollars last year. The second will handle the publishing assets and will oversee the New York Post, News International, publisher of The Sun, The Times, and The Sunday Times in the U.K,  along with HarperCollins book publishing and News Corp.’s education business. This division has seen lower profits with only $8.8 billion in 2011.

The new publishing company faces many challenges as advertising in newspapers has fallen to an all time low. They face stiff competition from the internet and instant news sources. The New York Times has had moderate growth with their new paywall system that allows users to read a few articles a month for free and then purchase a digital subscription to continue.

The decision to spin the publishing and entertainment companies into different entities has stemmed from the phone hacking scandal that made news in the UK. Basically, news hounds would bribe people for stories and hack into celebrities’ voice mail accounts for scoops. Lots of people got fired from their newspaper companies and they are under fire in the courtroom over the allegations. The move to spin the two companies protects the major combined assets, which involves the entertainment arm.