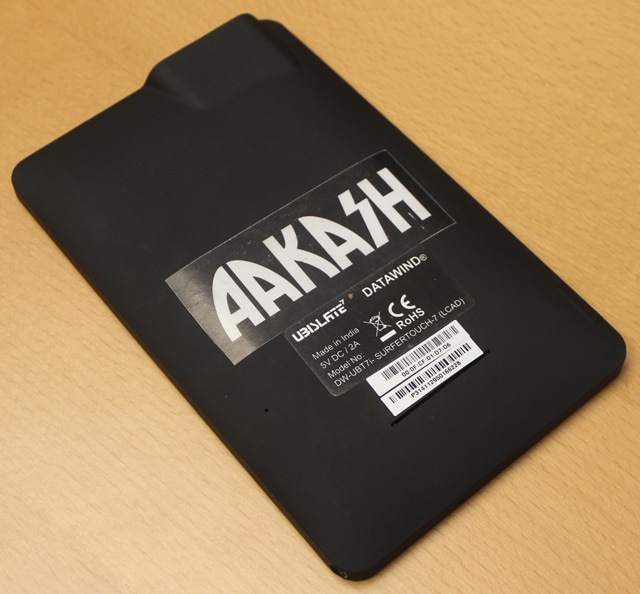 The much improved Aakash 2 has now been formally launched by the Indian government. Just a few days back we reported the tablet’s specifications had been approved by the government. This means the tablet is one step closer towards the students, though the final step is expected to drag on until the end of the year. The plan is to distribute about 100,000 units of the tablet to 250 engineering colleges in the first phase by the end of the year.

IIT-B, a premier engineering institute in Mumbai, has been evaluating the Aakash 2 for three months and has also developed apps for the device. In fact, greater emphasis is being placed on the content rather than the device itself. Apps that IIT-B has introduced on the Aakash 2 include an interactive class quiz programme Clicker and Sci-lab, which allows students to conduct interactive classes. The Aakash 2 can also be used to write programs in languages like Python, C, C++.

“It’s a fully-fledged computer, not just an access device,” said Prof DB Phatak from Bombay IIT. “The applications and the content on Aakash 2 are most important, not just the device.”

HRD Minister Sibal thanks IIT-B for “doing a wonderful job in incorporating useful software to Aakash.”

Mass production is believed to start by July or August with UK based company Datawind entrusted with the manufacturing process. There is some good news on the price front; the tablet will be a bit cheaper at INR 2,263, lower than the original price of INR 2,276. Nothing significant, but not too bad either.

Specifications for the Aakash 2 are undoubtedly better than its predecessor, though one should keep a cap on their expectations. It has a 800MHz processor that forms the core of the tablet, as compared to 366 MHz processor for Aakash 1. Also, a more powerful 3,200 mAh battery replaced the 2,000mAh with run times promised at about 3 hours. Another nice improvement for Aakash 2 is its capacitive touchscreen, which has replaced the earlier resistive display. Further, the tablet also offers a SD card slot, an USB port, and connects to the internet over wi-fi. The Aakash 2 is not 3G enabled.