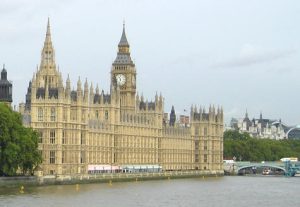 The Libraries All Party Parliamentary Group held an ebook summit in London today, and one of the announcements from the event was that the group, joined by OverDrive’s CEO Steve Potash, addressed the British House of Commons on the importance and the data of ebook lending.

OverDrive, one of the leading sources of loanable digital content for public and school libraries, was represented by Potash, who spoke about the statistics that show library patrons are more likely to purchase a title after having borrowed the ebook.

One of the first to report on the connection between ebook borrowing and ebook purchasing was a report by Pew Research Center, the same organization that released a report yesterday on the digital reading habits of consumers ages sixteen and up.

The British government had formed a task force earlier this year to investigate the potential impact of ebook lending in order to consider mandating lending; the task force was made up of voices from various sectors in the book industry, but the news led to concerns that libraries would possibly suffer in an era of all-digital lending adoption. In order for that mandate to be effective, libraries and publishers will have to come to terms on some of the issues that concern both parties, namely price and piracy.