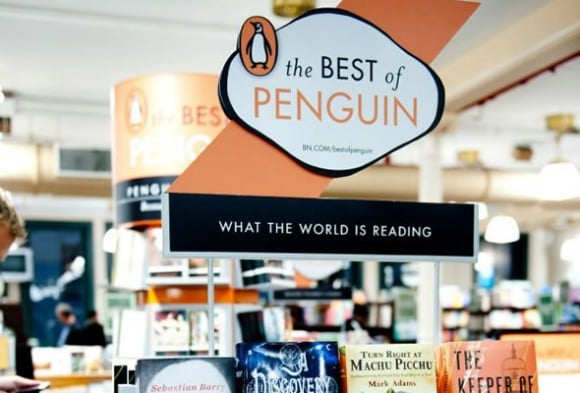 Penguin has given us a sense of how the company has been performing for the first six months of 2012. Profits for the company are down almost 50% from a year ago, mostly due to the tremendous success of the 50 Shades of Grey Trilogy and the Hunger Games. Both of these books contributed to the lack of sales, which fell by 4% to £441 million and has adjusted operating profit down 48% to £22 million.

The Guardian, a UK newspaper, talked to Marjorie Scardino, chief executive of Pearson, which is the parent group of Penguin. She said, “They have distorted the overall books market – Fifty Shades of Grey has sold more than 30m copies. The US is the only place we are down,” she said. “Those big bestsellers really did take a lot of air out of the market.”

If you break down the total numbers, it seems that Penguin’s USA division published 132 bestsellers in the first half of 2012. This is not too shabby, but the company managed to offer 157 in 2011.

Although tangible book sales are down, the company is making headway in the world of ebooks. Total sales in the first six months have increased by 1/3 and now account for nearly one in five of Penguin’s total revenue. In 2009, ebooks were just 2% of Penguin’s total revenues, growing to 12% last year. In only a few years, the company has managed to implement a road-map to their overall digital strategy. It seems to be paying off, mostly due to Barnes and Noble, Amazon, and Kobo’s ability to market the books for them.