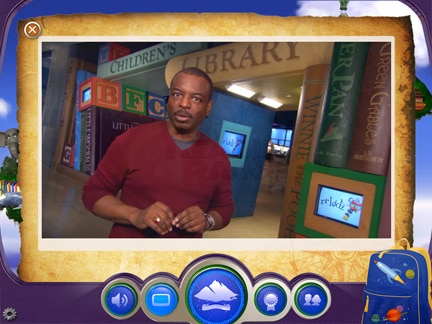 Reading Rainbow was a PBS exclusive from 1983 until 2006 and was cancelled a few years ago. The company still maintains its core philosophy of getting kids to read books and leaps into the modern age with its new iPad App.

Star Trek the Next Generation‘s LeVar Burton was the television show’s main host and will carry over to videos within the new Reading Rainbow iPad App. Burton to get this new project off the ground teamed up with James Wolfe’s startup RRKidz.

The books will feature some bells and whistles, such as kids receiving a sticker when they read a new title, video field trip segments with Burton in the style of the old show, and other graphical enhancements, but nothing that should overwhelm the actual text. There’s also some stuff for parents, such as the ability to track their kids’ reading activity through a website. Also, the app does not require a constantly-on Internet connection, as content can be downloaded for offline use.

The app itself will be free, providing access to one book and one set of videos. After that, content will cost $9.99 per month for unlimited access to as many books as kids using the app want to read.