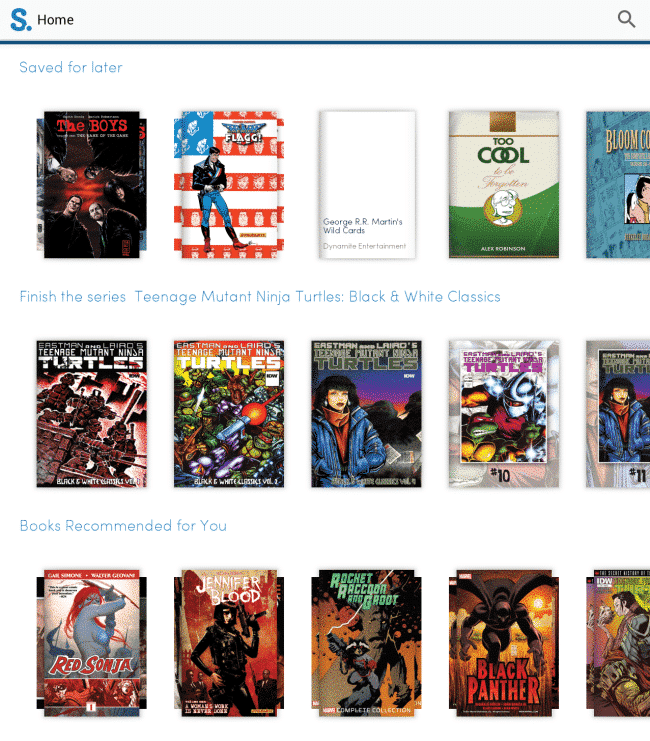 Scribd is no longer offering digital comics on their platform and has removed over one thousand single issues and graphic novels. The company found it economically unfeasible to pay the large royalties for each comic read and decided to just suspend the service, rather than trying to make it work.

The following statement was issued by Scribd “We launched comics in 2015, and while we were excited to bring new content to our readers, few actively took advantage of them. We will be focusing our efforts on enhancing the experience surrounding our other great content types including books, audiobooks, magazines, and documents.”

“We alerted comic readers of the news via email in early December. We understand that this news is disappointing to comic readers. This was a difficult decision, and we hope that they’ll explore the rest of what Scribd has to offer in the coming months.”

Scribd is facing a number of hardships over the past few years, despite most of their competition exiting the field. They first culled over 225,000 romance and self-published e-books from their platform and then announced that they made cuts to their audiobook system because they are losing money. They ditched their unlimited audiobook package and subscribers can only listen to a single title per month. In 2016 they changed their business model from an unlimited service to a credit based one. Every month users receive three credits that they can use to read e-books or to listen to audiobooks. There are a small pool of Scribd Select titles that can be read without spending credits and today there is a new blog post that lists a number of titles.

Over the past two years many people who have been loyal to Scribd have fled and embraced Amazon Kindle Unlimited.  The Codex Group reported in their April 2015 consumer survey, 12.4% of digital book consumers have a Kindle Unlimited subscription.  In comparison, only 1.4% of respondents reported that they had a Scribd membership.

Good e-Reader Research also has Kindle Unlimited as the most dominant player in the field. In a recent study 117 people voted on the subscription site that was most appealing to them. Amazon garnered 52% of the vote, while Scribd had 28.21%.