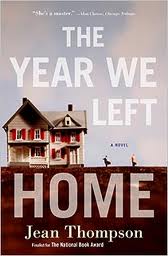 One of the things that Simon & Schuster is noted for is its antagonism towards libraries. Its policy is that it will not sell ebooks to them. However, in a great show of public spirit (sarcasm intended!), S&S has broken down and agreed to sell Jean Thompson’s The Year We Left Home in ebook format to libraries.

One book down, the entire S&S catalog to go.