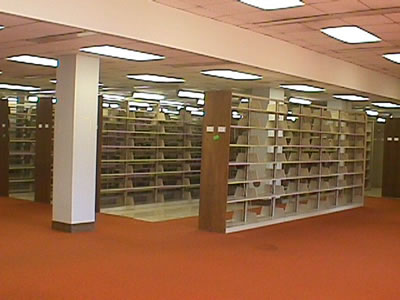 Public libraries have been teetering on the brink of extinction for years, a fact that doesn’t seem likely to improve in the near future given the economic situations that lead local governments to take aim at the libraries as a primary target. And despite data that shows 91% survey respondents believe libraries are vital to the overall health and growth of a community, they continue to come under fire.

With news this morning that UK libraries are also feeling the pinch, the situation is taking on a global crisis level of concern. According to an article in The Bookseller, in just the Birmingham area, the city council has proposed a £1.65 million cut to the library system, of which £50,000 is intended to be taken from its fund to purchase books, and an additional £150,000 will be carved out of the fund to host public events, such as author appearances and book signings.

In the US, a Harris/Readers Digest poll proved that 40% of US mayors planned to cut library budgets and make up the difference by reducing the operating hours, shedding some staff members, and further slashing operating expenses. In 2010, Chicago Mayor Rahm Emanuel planned to save money by eradicating almost three hundred vacant library positions in his city, as well as cutting the staff through lay-offs of an additional 284 existing employees.

But what is the solution? Cities are hard pressed to meet their budgets as it is, and an obvious source of extra income is to reduce the amount spent on an entity that does not contribute monetarily to the city coffers.

In light of the need to reduce staff and cut operating hours, ebook lending becomes more vital than ever, especially under systems that allow patrons to browse for ebooks via the library websites and borrow them directly through the online portal for web-based or device agnostic reading. Another initiative would be that which Simon & Schuster has already implemented, in which libraries can use ebooks and then sell those titles to patrons after a predetermined time period. Finally, offering libraries affiliate status to a wide variety of book retailers’ or publishers’ websites for patrons to purchase titles would add much-needed revenue at a time when libraries are simply hoping to keep their doors open.