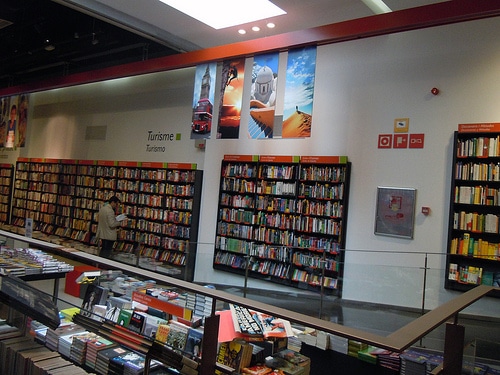 The Government in Spain has increased the VAT tax on ebooks to a whopping 21%, while printed books are consistent at 4%! In 2009, Spain lowered the VAT rate on ebooks to a very reasonable 4% and an entire digital industry was born. The country is facing tough economic times and has decided to increase it again. Why the large gulf between the printed variant and the digital format? Printed books are considered “cultural goods” and therefore are immune to the increases you will soon be paying for ebooks from any provider in Spain.

The increase in tax will hamper growth in that country as people will consider doing business outside their country. This might be a boon for Amazon, which bases their European headquarters out of Luxemburg, where they can offer ebooks to many markets at a rock bottom VAT rate. This is mainly how customers can buy books in the UK and only pay a pittance in taxes, the same can be applied to Spain.

Publishing Perspectives interviewed Antonio María Ávila, executive director of the FGEE (Federation of Spanish Publishers Guilds), was swift to state that the government had been “kind” to the book industry. He’s also convinced that the e-book VAT rate is a dispute to be solved by Europe as a whole, not a Spanish problem in particular. “Our battle is to get Brussels to consider e-books as books, because now they are judged to be a service,” he said, in a statement to the press. “It’s a very current matter that leads us down other paths,” he added, to underscore that as far as the Spanish authorities are concerned, the industry is satisfied—that is, a good deal for print books is enough.