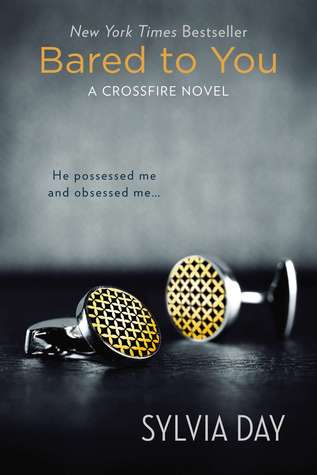 The 50 Shades of Grey trilogy has become the most successful book franchise of 2012. It has sold almost 50 million copies in the USA. The question is, what to read next? One of the most popular books right now is Sylvia Day’s Bared to You. Penguin announced today that UK sales of 50,000 paperbacks  were published last week, and this includes the  500,000 copies currently available in print. A further 50,000 copies have been sold in ebook form, the publisher said. The success of the book so far is only eclipsed by 50 Shades of Grey.

So what is Bared to You all about? GoodReads says “Our journey began in fire… Gideon Cross came into my life like lightning in the darkness-beautiful and brilliant, jagged and white-hot. I was drawn to him as I’d never been to anything or anyone in my life. I craved his touch like a drug, even knowing it would weaken me. I was flawed and damaged, and he opened those cracks in me so easily… Gideon knew. He had demons of his own. And we would become the mirrors that reflected each other’s most private wounds… and desires. The bonds of his love transformed me, even as I prayed that the torment of our pasts didn’t tear us apart… “When it comes to brewing up scorchingly hot sexual chemistry, Day has few literary rivals.”

Penguin UK c.e.o. Tom Weldon said: “Bared to You is Penguin’s fastest selling paperback for a decade. It is ironic that at the very moment the doomsayers are telling us it is all over for the book industry, these supersellers prove the exact opposite.” He added: “This is not copycat publishing. In a digital age, this is giving readers what they want straight away.”