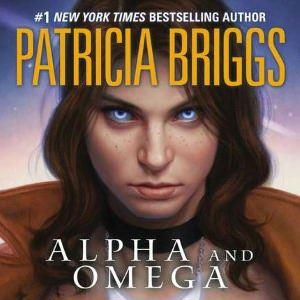 Penguin Publishing is launching a new imprint that is focusing exclusively on graphic novels and comics. The new initiative called “InkLit” will take some of the most notable mainstream book franchises and carry them over into the comic book world.

Inklit will be officially launching on October 2nd and will have a big name attached to the first title. Patricia Briggs will be contributing a new comic book series called Alpha and Omega: Volume 1 with artwork by Todd Herman. This comic book series was originally published by Dynamite Entertainment but the new rights were sold to Penguin. The graphic novel being released is based on Cry Wolf, which is basically spin-off from the Mercy Thompson series. The new InkLit hardcover will contain the first four comic books, with the remaining four to be published in 2013.

Charlaine Harris will also be contributing a totally original graphic novel based on her Sookie Stackhouse series. You might have seen the TV show ‘True Blood” that has been around for a few years. Her new graphic novel is named Cemetery Girl and is planned to be a trilogy. You might have to make this a must read, because zombie hero Christopher Golden is attached to join the writing team.

Laurell K. Hamilton is another HUGE named attached to the InkLit project and has penned the seminal Anita Blake, Vampire Hunter series. She intends on penning two different titles to be released in the first quarter of 2013.  The Lunatic Café, book four of the Anita Blake series, will be adapted into graphic novel format. And Hamilton will publish an-as-yet untitled original graphic novel set in the world of Anita Blake and featuring the character of Edward, a longtime fan favorite. Finally, other authors contributing content going forward in 2013 is Karin Slaughter and Richard Johnson.

Inklet is doing something that many of the top publishing companies have never done before. Taking super popular paranormal and vampire writers with huge existing fan-bases and developing original graphic novels. Penguin intends on tapping into its other imprints such as Berkley and New American Library to distribute the books in hardcover, trade paperback, and ebooks. They will be sold in major bookstores and online, but there is no word yet on how the digital versions will be marketed or who will attain the distribution rights.