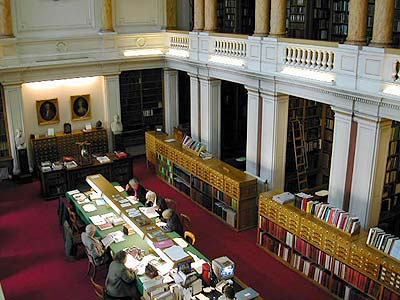 UK Authors are petitioning the government to implement a policy for digital books that are loaned out by the public libraries. Authors are paid 6.05p every time their physical books are borrowed, up to a maximum of £6,600. This mandate is under the government-funded Public Lending Right scheme. At the moment ebooks and audiobooks do not currently pay the authors anything when patrons borrow them online.

The Guardian Newspaper in the UK conducted an interview with Nicola Solomon of the Society of Authors. She said that the current state of affairs with digital ebook lending was “terribly unfair” and said that “authors should be properly remunerated” for their work. “It’s very important to understand that authors do rely on PLR – it’s not just a nice little bonus. Many authors get PLR who are not bestsellers but do very well in libraries. People borrow very different books from the book they buy,” she said. “And authors can’t continue to write if they are not paid for their work.”

Authors have a legal right to the payments, she said, and could even consider going to court to recover them. “Since 1992 ‘rental and lending right’ has been a part of copyright protection. That means that authors have a legal right to equitable remuneration whenever their works are lent out,” she said. “The failure to make the payments means that the government and libraries are actually infringing the author’s copyright every time they make an ebook loan and authors would be entitled to sue for the losses caused by that infringement. We have no current plans to sue, and don’t know of any authors who are planning to do so – we would hope that the Government would recognise its legal and moral responsibility to make payments to authors particularly as ebook lending from libraries is becoming significant.”