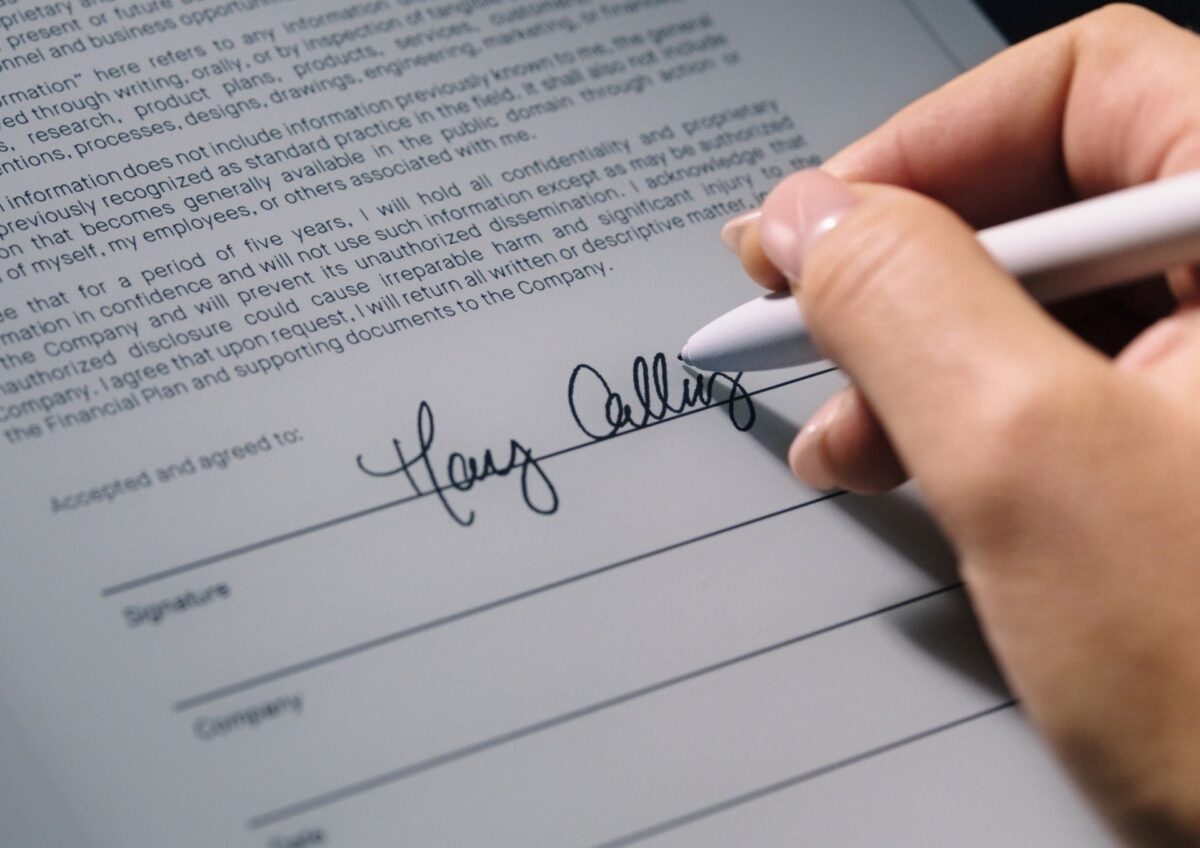 What is better for a healthy brain, drawing on paper or with an E INK E-Note or typing? A new study out of Norway suggests that handwriting and drawing engages the brain far more than typing on a keyboard, after measuring the brain activity of children and young adults performing these tasks.

Professor Audrey van der Meer, one of the lead researchers, her and colleagues investigated this several times, first in 2017 and now in 2020. In 2017, she examined the brain activity of 20 students. She has now published a study in which she examined brain activity in twelve young adults and twelve children. Both studies were conducted using an EEG to track and record brain wave activity. The participants wore a hood with over 250 electrodes attached.

The results showed that the brain in both young adults and children is much more active when writing by hand than when typing on a keyboard. “The use of pen and paper gives the brain more ‘hooks’ to hang your memories on. Writing by hand creates much more activity in the sensorimotor parts of the brain. A lot of senses are activated by pressing the pen on paper, seeing the letters you write and hearing the sound you make while writing. These sense experiences create contact between different parts of the brain and open the brain up for learning. We both learn better and remember better,” says Van der Meer.

“Learning to write by hand is a bit slower process, but it’s important for children to go through the tiring phase of learning to write by hand. The intricate hand movements and the shaping of letters are beneficial in several ways. If you use a keyboard, you use the same movement for each letter. Writing by hand requires control of your fine motor skills and senses. It’s important to put the brain in a learning state as often as possible. I would use a keyboard to write an essay, but I’d take notes by hand during a lecture,” says Van der Meer.

“The brain has evolved over thousands of years. It has evolved to be able to take action and navigate appropriate behaviour. In order for the brain to develop in the best possible way, we need to use it for what it’s best at. We need to live an authentic life. We have to use all our senses, be outside, experience all kinds of weather and meet other people. If we don’t challenge our brain, it can’t reach its full potential. And that can impact school performance,” says Van der Meer.

This echoes previous studies, such as one often-cited 2014 study called “The Pen Is Mightier Than The Keyboard,” which have shown that writing notes by hand allowed participants to retain information better than those who typed on a laptop, even if they wrote less words overall.

One of the big concerns is that many schools in Canada, USA, Finland, Norway and others  no longer teach handwriting.  Cursive writing has also been de-emphasized over the past decade.

I have always been bullish on the E INK based digital note taking devices, that really started with the first generation digital paper. Many others have entered the field, such as Boyue, Onyx Boox, Remarkable, Supernote, and a myriad of others. They all come with a stylus and allow you to write on a screen, that seldom needs to be charged. You can practice your cursive writing with templates, jot down your train of thought, or even write a novel. These devices are unlike a smartphone, or tablet, that emphasis writing with a popup keyboard, using your fingers.