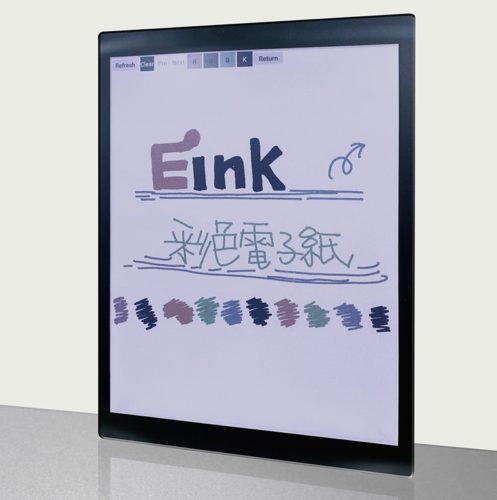 Over the course of the past three months a number of new e-readers and smartphones have come out, that has been been employing the E INK Kaleido screen tech. This has resulted in E INK being virtually sold out, which is why you haven’t really heard of any new devices being in the works. According to the E INK CEO, Johnson Lee, it looks like this situation has been resolved. Color e-paper production lines are now running at full capacity and another factory has been devoted towards manufacturing. This will result in a 10% increase in the number of screens that will be produced by the end of 2020. E INK has also disclosed to Good e-Reader that by the end of the year, color e-paper will account for 10% of its revenues.

There have only been a handful of devices that have been fast tracked and are now available to purchase. This includes the iReader C6, iFlytek Color, Pocketbook Color and the Hisense A5C and Hisense A5 Pro CC smartphones. Onyx was thinking of releasing a Onyx Boox Poke Color, but they were reportedly unhappy that you needed a front-light always on, or else the colors would be too dark to see. They are currently evaluating internally if they are going to release a commercial grade e-reader or an e-note, sometime in 2021. At least two other devices are in the manufacturing process and should be announced by the end of the year, but it is unknown who they are.

The first wave of E INK color devices have been aimed at consumers. I believe that the next wave will occur in 2021 and target professionals. E-notes will be the next big segment in color. I am sure that many people will gravitate towards a device that can take notes and make adjustments to full color PDF files in various inks. The current generation of e-notes can only do it in black and white, but the next gen will have a color palette of around four thousand combinations. Maybe this is why Sony did not develop a Digital Paper this year, they wanted the next unit to have color, and not have a backlight, which is challenging.