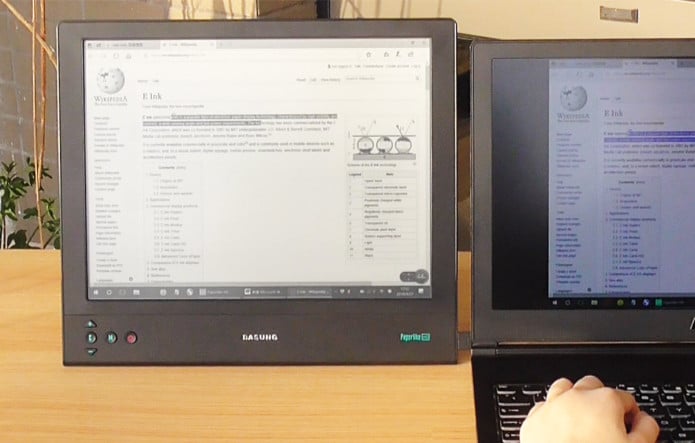 Dasung does not have very many distribution channels for their E Ink monitors that are compatible with the MAC and PC. They primarily market them in China, but there is also an official North America distributor that sells them on Amazon. If you are interested in buying the latest generation Paperlike HD, it is now available on Indiegogo for $999 and it is shipping in July. The normal retail price is $1200, so you are saving around $100.

The Dasung Paperlike HD features a 13.3 inch E Ink Carta display. The resolution can be changed depending on your computer and video card. It can do a minimum of 800×600 to a maximum of 2200X1650 at 207 PPI. It can hook up to your computer via Mini HDMI and it also has a USB port. It is compatible with Windows, MAC and Linux.