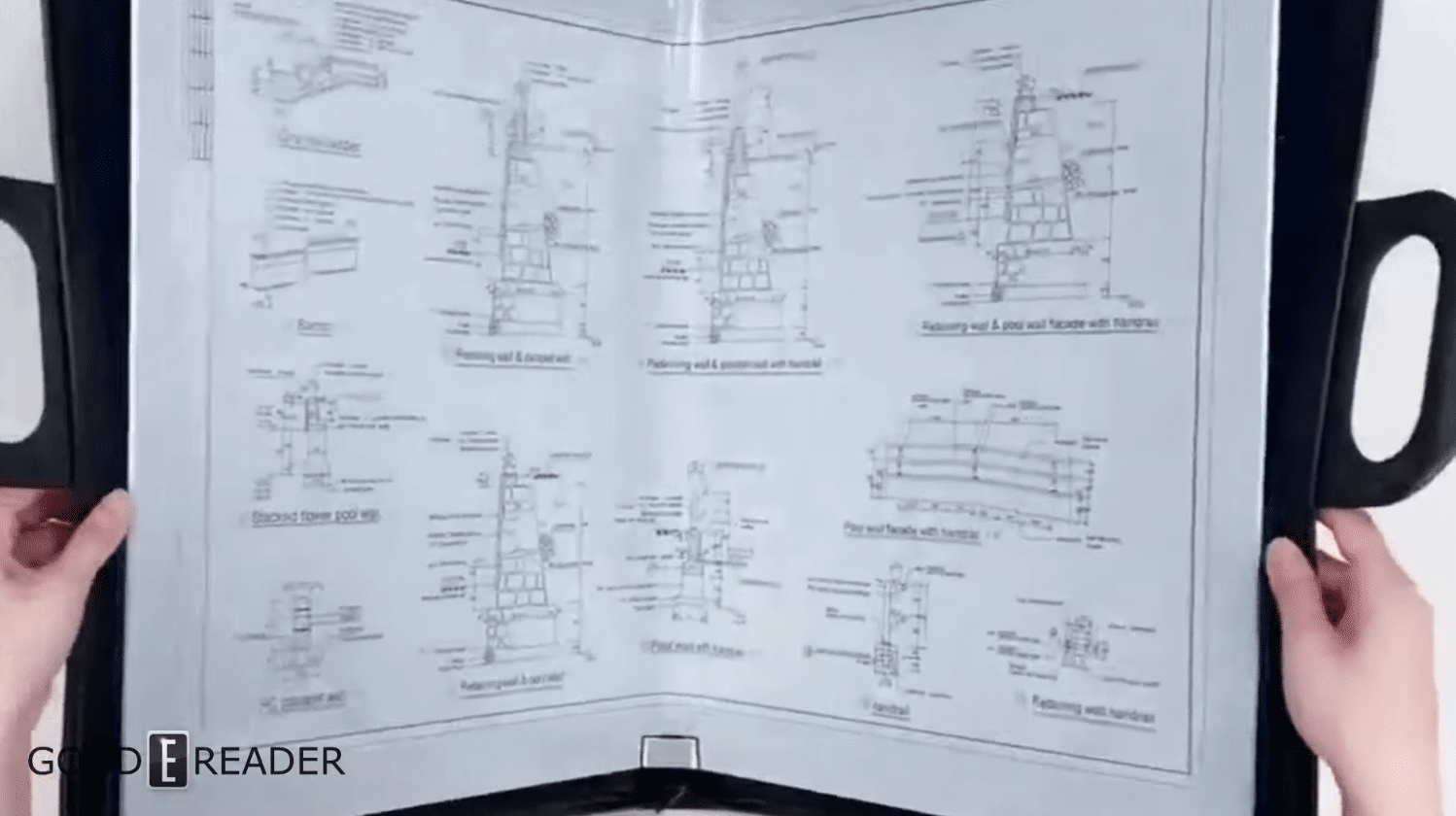 E Ink has just unveiled a new prototype that has a 32 inch foldable display. It opens and closes like a real book and this technology might come to a new e-reader in the near future. It has a custom designed hinge underneath the display, so it does not interfere with the reading experience.

Foldable displays are nothing new for E Ink. The company released a dual screen 10.3 inch model in 2007 and this led to companies such as Gvido to release a $1,200 dual screen 13.3 inch sheet music reader a couple of years ago, but it only reads PDF files. There was also the eOnebook out of Japan that had two six inch e-ink screens, but it only worked with Manga and you could not sideload anything.

The educational enotebook and e-reader sectors are two of the obvious choices for this foldable E Ink screen. I believe that it is the closest anyone has come to mimcing the real book experience on e-paper.

Companies are taking a serious look at this tech and investing money in the RND process to see if there is anything there. TCL has developed DragonHinge technology that acts as a mechanical housing for foldables “allowing them to fold and bend in support of a variety of use cases.” Meanwhile LG has just developed a dual screen case for their new flagship smartphone that lets you watch a movie on one screen and search IMDB on the other.