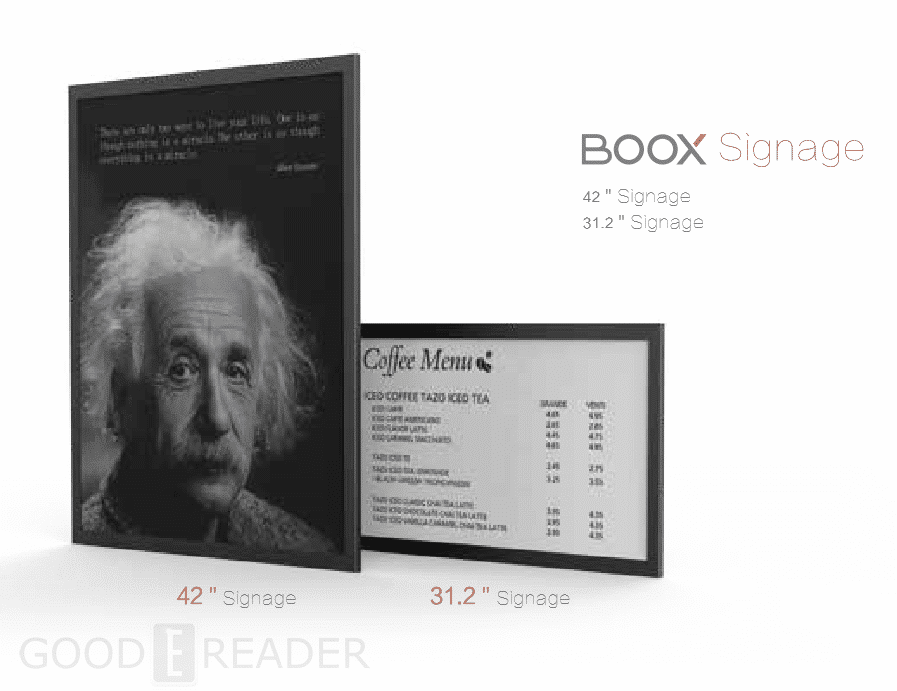 Good e-Reader has exclusively learned that Onyx Boox plans on launching a digital signage solution sometime in 2019. The company is going to release a 42 inch and 31.2 version and the naming convention is tentatively called Boox Signage.

Onyx has developed a special Android 6.0 launcher for their digital signage solution. It will put an emphasis on displaying high resolution content. They plan on marketing these products to cafes, restaurants or the business environment such as meeting rooms. I believe that these products are best suited for indoor environments.

Onyx Signage will be competing against Visionect who does a mixture of retail and business, but also focuses on the outdoors with their bus stop solar panel solution. There is no word on price, but E Ink is selling one of these 42 inch screens for $2,500 each.

I think it is very interesting that Onyx plans on branching out from e-readers, which traditionally was the only thing they ever focused on. They developed a few prototypes over the years that never saw a wide retail release or were cancelled, such as the Onyx Phone or the Boox Typewriter.