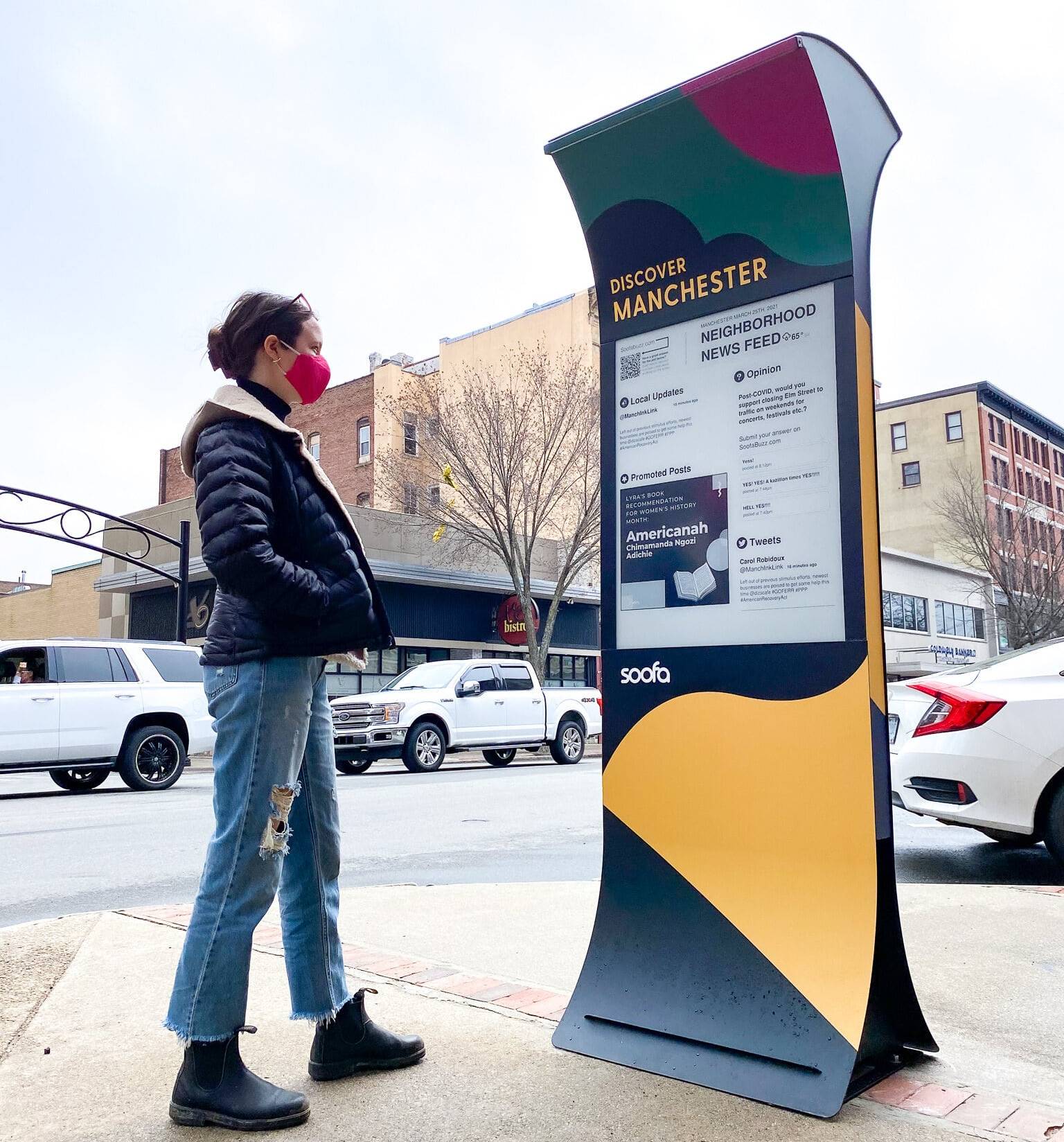 Soofa Signs has made its way to Manchester City, with the first sign already installed at 848 Elm Street. This happens to be the result of a partnership between Soofa Signs and Liz and Jeremy Hitchcock of Orbit Group and the City of Manchester. With this, Manchester has become the first city in the state of New Hampshire to have the Soofa Sign installed.

The sign will serve as a hub for real-time information along with almost anything else pertaining to the city. For instance, visitors will get to know local news and events along with everything else that the authorities will like citizens to be aware of. It will allow for wayfinding as well and will show local places of interest, various polls along with plenty more.

For those who might need to be introduced to Soofa Signs, it is a woman-led start-up that started operation back in 2014. It was launched out of MIT and Harvard and specializes in the development of digital signage using E INK displays. Another unique feature of the Soofa Sign is that it relies on solar power for its operation, making it completely environment-friendly. Soofa Signs use a 42 inch black and white electronic ink display, the same you see on a Kindle. The screen boasts a 150 dpi resolution that is more crisp and clean, and is easier to read than traditional LCD displays, due to it being reflective instead of backlit. The technology is not only beautiful but also low-energy and sustainable, allowing us to power our Signs with solar as well as reduce light pollution in cities.

Apart from downtown Manchester, Soofa Signs has been installed in Western Massachusetts and the greater Boston area as well as part of the smart city infrastructure push undertaken in these regions. The sign installed in Manchester also offers QR codes, which when scanned via a smartphone will deliver additional information to the phone.

Such digital signs have started to come up in various parts of the world as well, which includes Europe, the Middle East, Japan, and the United States, among other regions. The common aspect with such digital signs is that digital paper technology such as E Ink is used for road signs or public display boards for conveying various information to the public.